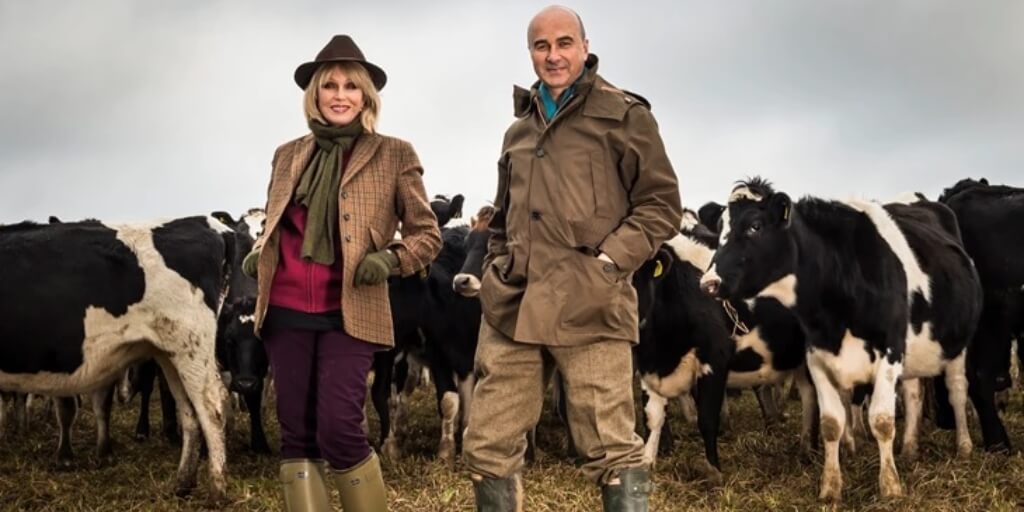 Lumley, a vegetarian for more than 40 years, said the meat and dairy industries as the “greatest source of animal cruelty on the planet”.

Dame Joanna Lumley has received pushback from angry farmers for speaking the truth about animal agriculture.

The acclaimed actor delivered a lecture to a packed theatre at the Oxford Literary Festival event, in which she branded the meat and dairy industries as the “greatest source of animal cruelty on the planet”.

The 75-year-old was giving a talk on ‘The True Meaning of Compassion’ on behalf of the charity Compassion in World Farming, of which she is a patron.

However, her views on the livestock industry were met with opposition by farmers at the event. A female member of the audience rose to counter Lumley’s speech.

“Could I just speak up on behalf of a farming family Warwickshire who farms so beautifully. That’s my experience of over 70 years of being in farming,” the woman said.

“Everybody I know farms with compassion. Please don’t mark farmers as all bad people because they are not. Without farms it is very, very sad world.”

The Absolutely Fabulous star responded by saying she meant no “insult to fine farmers” and that her comments were about factory farming in particular.

She also pointed to the sheer magnitude of the industry’s impact on the animals.

“You can’t even imagine it – 80 billion of them are slaughtered every year,” the actor said.

Lumley has been vegetarian since 1970.

In an interview with PETA, she revealed: “I was eating a steak, and I looked down and for the first time it suddenly looked like flesh to me—like a dead creature. In a flash, I realized that every time I ate any kind of meat, something had been killed for me, and I stopped eating all animals, not just cows and pigs but chickens and fish. I feel so much happier not being a part of the blood chain.”

Last year in an interview with The Times, she said: “I don’t like the idea of any creature having to lose its life to keep me alive.”

“Start small and ease your way into it,” she suggested.

“In no time, you’ll be eating such delicious food you won’t miss meat. I’m obviously 112 and a grandmother, but I’m as fit as a flea.”

The actress also backed this year’s Veganuary challenge to go vegan for 31 days in January.

“Veganuary’s mission is to make the world a kinder, safer, happier place for all, which makes their January campaign utterly irresistible,” she said in a statement.

“I’m in awe of every single person taking part for the climate, our rivers and oceans, forests and wild places, animals, and people. You’re all angels.”

Apart from promoting no meat campaigns, Lumley is also a passionate animal rights campaigner and has often used her platform to speak up for the animals.

She has spoken out against horse-drawn carriages in New York City and the transportation of animals from Britain to the continent.