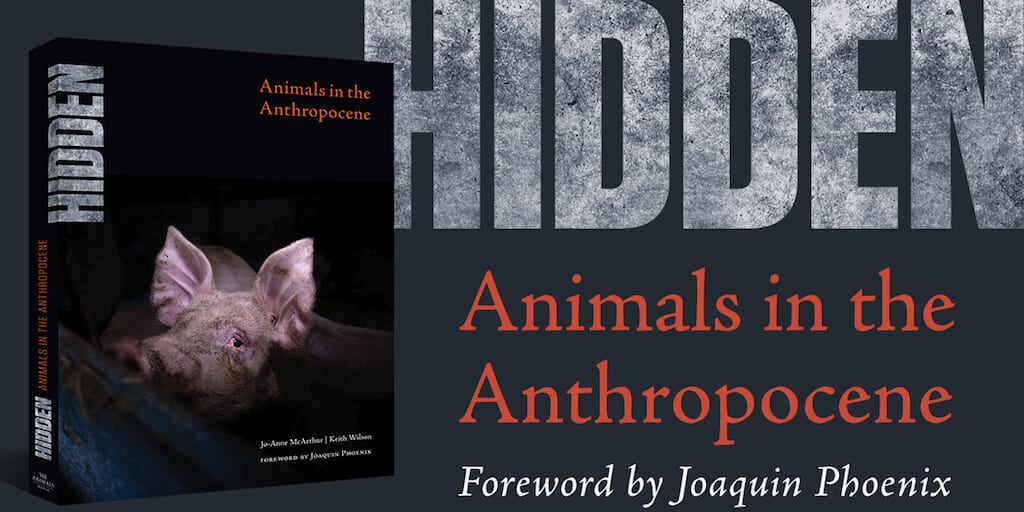 Actor and vegan advocate Joaquin Phoenix has penned a foreword for wildlife photography book HIDDEN: Animals in the Anthropocene.

The photo book documents “the invisible animals in our lives: those we eat and wear, those we use in research and entertainment, and those we sacrifice in the name of tradition and religion.”

The gruesome depictions in HIDDEN serve as a searing reminder of the harsh realities faced by animals across the globe daily. The photos spotlight atrocities that are largely hidden from the public purview.

According to We Animals Media, which is publishing the book, ‘stories within its pages are revelatory and brutal’, describing them as ‘a testimonial and proof’, which will serve as ‘a vehicle for a global conversation about our use of other animals.’

The BEET shared an exclusive sneak peek of Phoenix’s unforgiving style, in which he writes: “Our society conditions us to believe that humans are superior to other species; within this, it also wants us to think that some animals are meant to be eaten while others should share our homes.

“Wealthy industries churn out dazzling advertising campaigns and propaganda to lure children, parents, and other consumers into believing falsehoods that make us ill, exploit entire communities and wreak havoc on our planet.

“We are entrenched in the ideology that animals are here for us to use. We capture them, cage them, wear their skin, eat their flesh, and poison their bodies in the name of science.

“There will never be a scenario in which the infliction of fear and pain on a vulnerable individual creates a benefit to humankind.”

Commenting on the images captured by the photojournalists, the outspoken actor, known to advocate for animal rights, said: “The photojournalists represented in HIDDEN have entered some of the darkest, most unsettling places in the world.

Creator and co-editor Jo-Anne McArthur, said: “These photos prove there is an emergency confronting animal globally, from industrial farming to climate change, and provide valuable insight into the relevance of animal suffering to human health.

“There has never been a photographic project that reaches this deeply and broadly to show the status of animals in our modern world.”

Co-editor Keith Wilson, added: “The animals we breed, sell and kill for our dinner plate, that we break and maim for sport and tradition, share many of the same emotions that we do: feelings of sadness and joy, pain and fear, love and grief…

“The images in Hidden expose our brutal treatment of animals who deserve far greater respect and mercy than our actions have shown.”

Find out more and order your copy here.

Share this story to let others know about the new photo book HIDDEN: Animals in the Anthropocene.