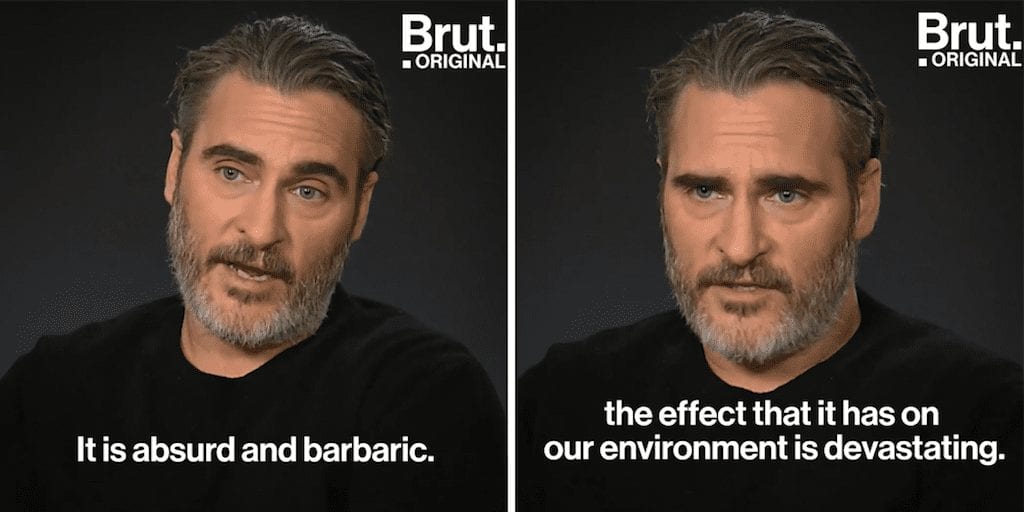 The ‘Joker’ actor has been a devoted vegan since he was a young child, and has consistently spoken up for animal welfare.

In a recent interview following his upcoming movie, he discussed the reasons for his veganism and what made him adopt a plant based diet in the first place.

“Me and my siblings witnessed fish being killed in a really violent and aggressive way.

Phoenix also condemned the dairy industry, in which young calves are taken away from their mothers.

“I don’t want to take its babies away from it,” said Phoenix.

“To me it just seems obvious. I don’t want to cause pain to another living, empathetic creature.

“I don’t want to force it to be indoors and fattened up just to be slaughtered. It is absurd and barbaric.

Earlier this year he spearheaded a global march in which activists paraded through city streets carrying animal carcasses obtained from factory farms.

Last month he featured on a PETA billboard campaign that promoted veganism and condemned speciesism.

He also participated in the Be Fair Be Vegan campaign in Toronto, where he led a protest against animal cruelty at the St George Subway Transit Station that was covered with posters detailing the abuse of animals in the meat industry.