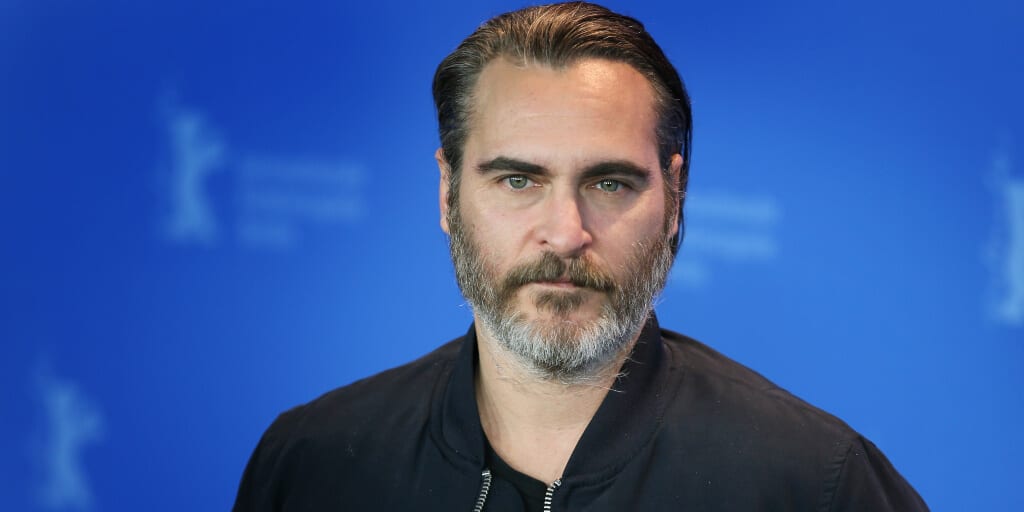 The actor wore a hoodie with an Animal Equality logo at the Golden Globes 2021 awards ceremony.

Multiple award-winning actor Joaquin Phoenix has once again used his celebrity platform as a “voice for the voiceless.”

The hoodie bearing the vegan charity Animal Equality’s logo was presented to Phoenix during a factory farming protest last year.

While the actor’s casual look was described by some media outlets as having a ‘pandemic-fatigue’ vibe, the actor is known for his strong beliefs about animal rights and often uses his platform to advocate for this cause.

In fact, this isn’t the first time the 46-year-old has stepped out in the black hoodie. Last April, the actor was snapped wearing the same sweatshirt in the Laurel Canyon area of Los Angeles, California.

Animal Equality is an organisation, which fights to end speciesism and often hits the headlines for blowing the lid off several factory farms, rescuing animals from slaughterhouses, organising veterinary services, and pushing for animal welfare laws.

The vegan charity after receiving several inquiries about the hoodie took to Instagram to announce: “Order an animal equality hoodie like Joaquin’s”.

The Unisex Zip Hoodie costs $45.00 with all the profits from the sale of these products going back into the charity’s programs and initiatives.

Phoenix has been a vegan since he was a young child and is regularly in the spotlight promoting animal rights.

At the same ceremony last year, Phoenix was reported to have influenced the Hollywood Foreign Press Association in ditching animal products and serving a complete plant-based dinner.

During his acceptance speech for winning the Best Actor Golden Globe for his role in ‘Joker’,  he commended the association for transitioning to a fully vegan fare.

“First, I’d like to thank the Hollywood Foreign Press for recognizing and acknowledging the link between animal agriculture and climate change,” he said.

“It is a very bold move making tonight plant-based and it really sends a powerful message,” he added.

He also pledged to wear the same Stella McCartney tux, which he wore at the ceremony for the rest of the 2020 awards’ season in order to reduce waste and promote sustainable fashion.

The eco-friendly fashion designer praised the star posting his picture on her official Instagram account with a caption that read: “This man is a winner… wearing custom Stella because he chooses to make choices for the future of the planet and all of its creatures.

“He has also chosen to wear this same Tux for the entire award season to reduce waste.

“I am proud and honoured to join forces with you Joaquin, keep inspiring and keep shining your light x Stella.