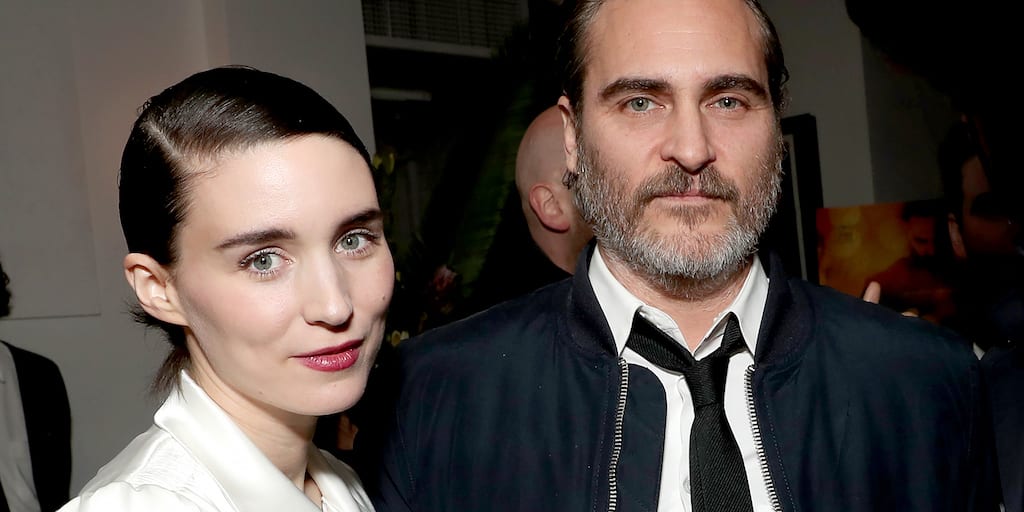 The 45-year-old vegan actor stepped out with his fiancee to enjoy vegan burgers and celebrate his momentous first Oscar award.

Holding up a card that read: “Choose vegan. It isn’t a fad, it’s the future,” Joaquin Phoenix refused to eat a beef burger from In-N-Out burgers at the Vanity Fair Oscar party consolidating his stance against the animal industry.

However, to compensate, he and his fiancee- fellow actor-Rooney Mara were seen eating vegan burgers from Monty’s Good Burger post the party.

They were snapped sitting comfortably on the street, laughing and enjoying their vegan treat.

Enjoying a dream run at the award season this year, Phoenix has made apt use of the platforms to advocate for animal rights, speak up against the meat and dairy industries and encourage others to become more eco-friendly for the planet.

While in one acceptance speech, he asked his celebrity friends to stop traveling by private jets, in another he confessed to be a part of an industry that still practiced “systemic rasicm.’

In his seminal Oscar speech, he spoke about the strife against injustice across all sectors and the skewed social justice practices prevalent in the system. He particularly stressed on the cruelties of the dairy industry.

His iconic statement: “We feel entitled to artificially inseminate a cow and when she gives birth we steal her baby, even though her cries of anguish are unmistakable. And then we take her milk that’s intended for her calf and we put it in our coffee and cereal,” will be remembered for years.

In order to prove his point on sustainability and the need to be more environmentally conscious, Phoenix was seen wearing the same Stella Mc Cartney tuxedo to every awards show this season.

The eco-friendly fashion designer praised the star posting his picture on her official Instagram account with a caption that read: “This man is a winner… wearing custom Stella because he chooses to make choices for the future of the planet and all of its creatures. He has also chosen to wear this same Tux for the entire award season to reduce waste. I am proud and honoured to join forces with you Joaquin, keep inspiring and keep shining your light x Stella.”

Do you think other celebrities will be convinced to follow Joaquin Phoenix’s vegan lifestyle? Share your thoughts in the comments below!