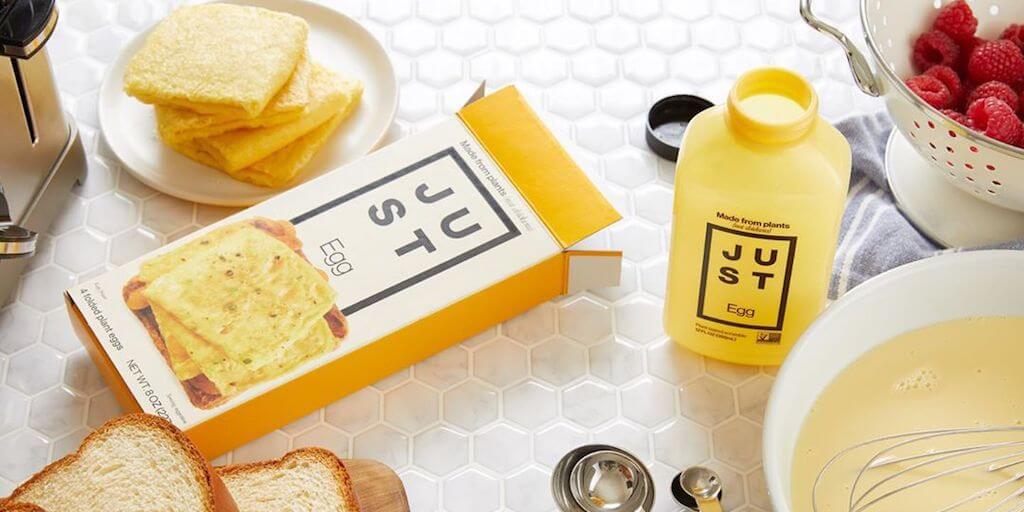 ‘In just over a year, an egg made from plants is selling better in stores around the country than many egg products made by chickens’

Plant-based liquid egg brand JUST Egg has launched its first ever national ad to be streamed on US televisions, social media and YouTube.

According to global marketing head Tom Rossmeiss, the “Plant-Based Hits…”  ads are aimed at flexitarians, which comprise about one-third of U.S. households.

The ads will demonstrate how the liquid vegan mung bean-based egg alternative can be adapted into a variety of meals.

The plant-based eggs are the fastest-growing plant-based category states the brand after dollar sales surged 192% in the last year.

“Consumer food choices are shifting faster than most people realize and that pace has only hastened in recent months,” Andrew Noyes, Head of Global Communications at JUST told VegNews.

JUST also recently announced it sold the equivalent of 50 million eggs. Launched over a year ago, the brand is now in some 12,000 retailers and intends to expand to 17,000 retail points of distribution by September.

“We rolled out with HyVee and a couple of other Midwest retailers first, and it really took off,” said Rossmeissl.

Earlier this year, JUST launched its folded egg omelette, which has not only bagged the 2020 NEXTY Award for ‘Best New Frozen Product’, it has also become the number one frozen breakfast choice at a top-five grocery store in the United States.

“We’re humbled that so many people are bringing our products home to feed their families and it’s incredible that in just over a year, an egg made from plants is selling better in stores around the country than many egg products made by chickens,” Noyes added.