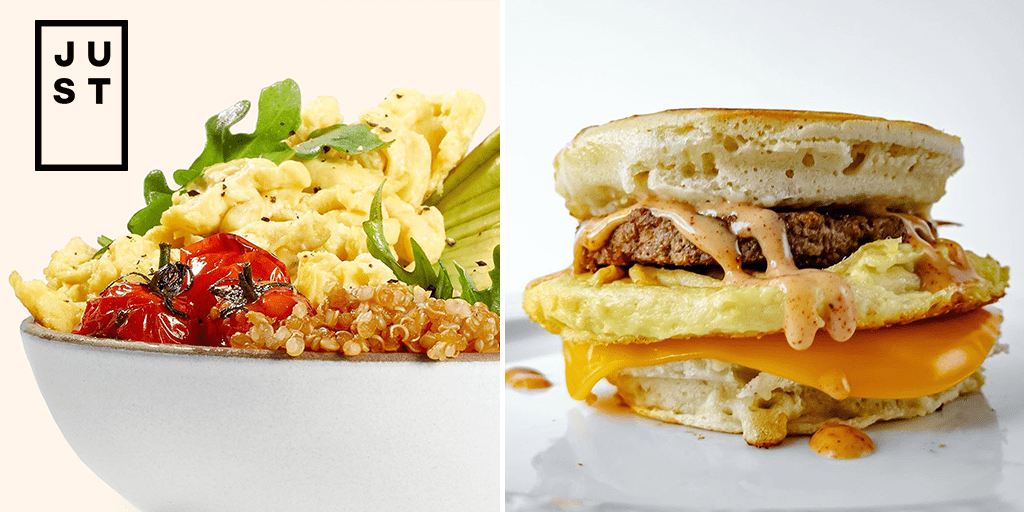 JUST Egg is the first plant-based product to have won the NEXTY Award in the frozen food category.

Calling the Folded JUST Egg a ‘revelation’, the jury panel announced the California based food technology startup, a winner for developing a product that ‘inspires the industry to move towards a more healthy, sustainable future for people and planet’.

The NEXTY Awards is a bi-annual awards ceremony connected to New Hope Network’s Natural Products Expo shows that are held in March and September.

“We are thrilled to honor the winners of the 2020 NEXTY Awards and hold them up as examples of products that inspire change and integrity in everything from ingredients to packaging,” said Chris McGurrin, manager of the NEXTY Awards program at New Hope Network.

“This year’s winners competed in the largest pool of nominees the NEXTY Awards has ever seen with over 1,000 nominations. It is an incredible feat to rise to the top and being named a winner provides these exceptional products with important visibility as they launch into the marketplace.”

While the ceremony that usually takes place at Expo West was canceled due to the ongoing pandemic, organizers of the event hosted a Live Stream on Wednesday, March 25 to reveal the winners.

The mung-bean-based egg replacer is set to debut in 5,000 stores across the US – including Whole Foods Markets from April.

Judges that sampled the vegan egg formula said: “Whether you’re looking to eliminate animal protein from your diet or are simply seeking nutritious and convenient plant-based alternatives for your daily life, the Folded JUST Egg is a revelation.

“This product taps into the ancient wisdom of the protein-packed mung bean … to create a shockingly convincing (and non-GMO) egg alternative that requires little prep to plop into a breakfast sandwich or chop into a stir-fry.”

Praising the product development and food scientist teams of JUST Egg for the texture and flavour, the panel added: “This is more than a great product; it’s a force with far-reaching market implications and a measurable environmental impact thanks to ingredients that consume 98% less water and emit 93% less CO2 than animal proteins. Now we can safely say the egg came first.”

Share this news to support the growing trend of nutritious and convenient plant-based products.