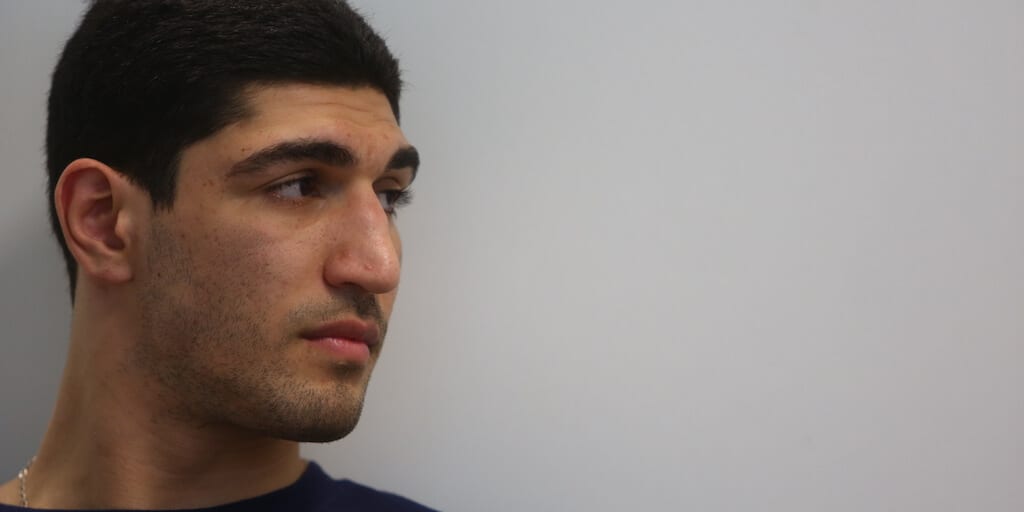 “Three times a day, when you choose your meal, you get to vote for the kind of world you want to live in, what kind of values you stand for.”

Boston Celtics center Enes Kanter has shifted to a plant-based diet after learning about the rampant abuse in intensive animal farming.

The Turkish big man, who also recorded a new public service announcement with pro-animal rights group Chooseveg.com and Mercy for Animals, said his perspective towards eating animal foods changed after “educating himself on the industrial food systems of the world,” at Disney’s NBA campus.

“Today, I’m standing up against abuse not just of workers but of animals and our environment,” the athlete said in the video.

“Every day, most of us enjoy our food without ever thinking about where it came from, how it got there, or who may have suffered or died to get it there. Lately, I have been thinking a lot about those things, and I’m asking you to do the same.

“It is a cruel life full of suffering that only ends with their deaths.”

The NBA player also added that he has been inspired to overhaul his diet after observing fellow pro athletes who are vegans, like New England Patriots quarterback Cam Newton and the Williams sisters.

“But everything was just so wrong, I learned after all the studying I did, and there’s been so much inspiration out there.”

Although Kanter is not completely vegan, he revealed, he has been making more mindful choices and is reaping the benefits of his new diet. “I feel great. My body recovers faster, I feel stronger. It has been such a positive change for me personally and for the impact I am making,” he said.

In the video, he concluded saying: “Three times a day, when you choose your meal, you get to vote for the kind of world you want to live in, what kind of values you stand for.”

Share this story to let others know why it is better to choose plant-based for people, animals, and the environment.