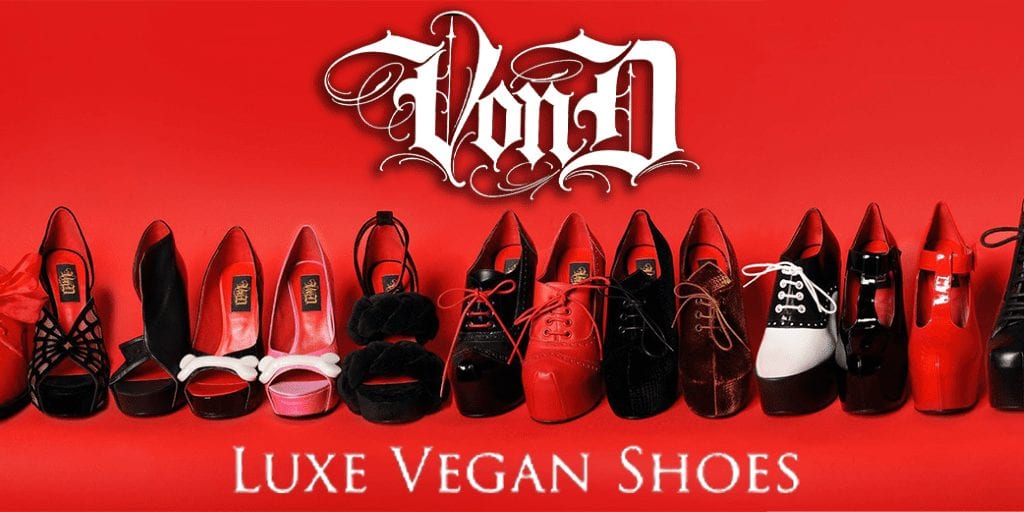 Kat Von D launched her beauty line in 2008 to sell cruelty free cosmetics with the slogan, “Makeup made with love, not animals.”

She has since then expanded her business and is now out with her new sustainable vegan shoe collection: Von D Shoes.

In a statement release, she said: “When I first became vegan, I found that finding vegan shoes was a lot more challenging than finding vegan food. I really felt like I could fill that void in the market by creating vegan shoes that are affordable, but built to last a lifetime.

“Finding vegan shoes of good quality that you are comfortable wearing because you know they are vegan was my main concern. I think that my team and I did a great job executing this, and I can’t wait to hear what our customers have to say.”

The company took more than two years to create the Von D shoe collection and collaborated with the same family-owned Italian factory which manufactures shoes for Gucci, Jimmy Choo, and Louboutin to ensure quality and finesse.

The 32-style collection features high heels, platforms, boots, flats, slip-ons, creepers, and sneakers and will be available in sizes 5 through 12.

Von D Shoes has currently released only 17 different styles priced from $90 to $350 with the remaining designs to be released in the coming months.

In keeping with her ideals of veganism and animal welfare, Von D’s ethos is reflected in each step of the production process.  Additionally, she has committed to donate some of the proceeds from select shoes to no-kill animal shelters.

“Von D shoes isn’t just about making beautiful shoes to wear — I wanted to make it easy for people to live a compassionate, cruelty-free life, regardless of whether they’re vegan or not,” said Von D.

The styles have been fast flying off the shelves with the company announcing on Instagram that some sizes have already sold out.

Which is your favorite vegan shoe brand? Share your thoughts in the comments below!