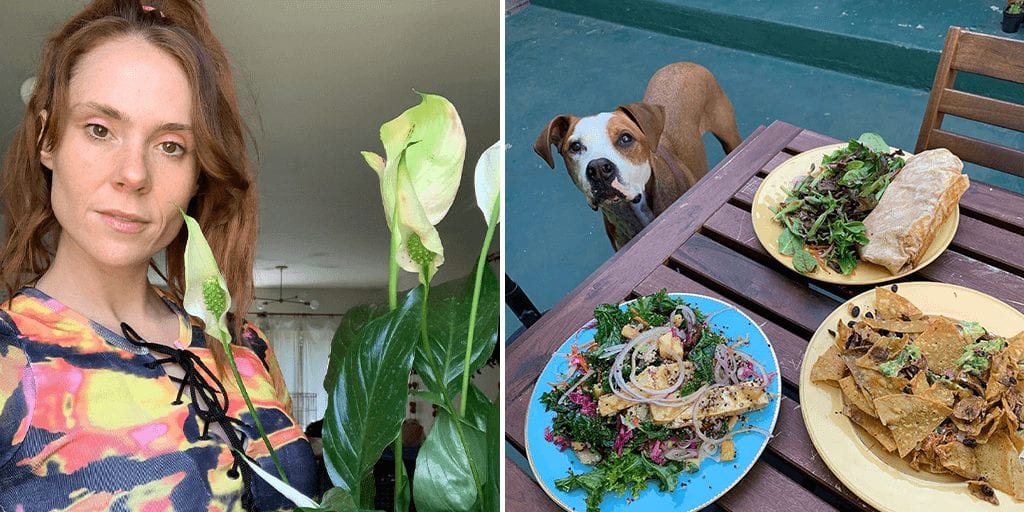 ‘I find (being vegan) very fulfilling as it is a kind way to live and as a foodie I am extremely satisfied at the dinner table.’

In a recent post on Instagram, singer Kate Nash revealed Okja – the movie – inspired her to ditch meat products and go vegan.

Urging her 139,000 followers to give veganism a try in a lengthy caption she wrote: “I think a lot of us are reflecting more and more about the choices we make and how they impact the planet and animals, especially during this time.

She continued that she never thought she would ever go vegan, and its “been a journey to get here. But now I am so happy with my choice, I find it very fulfilling as it is a kind way to live and as a foodie, I am extremely satisfied at the dinner table.”

The singer was a vegetarian before she switched to veganism 11 years ago.

Writing the post on PETA’s request, she explained that going vegan has helped improve her mind & body, and is also a more ethical way of living for her.

“I personally want animals to be totally free but it’s not about perfection, we have to start somewhere and we can all do our bit to help the planet right now. This is a huge and delicious way to help!” she added.

Speaking about the movie’s impact in her post, Nash said: “At the end of the film, there is a scene where all the pigs are being kept in factory farm conditions. They are all shot in the head by a machine for food.

“I realized how much I hate the current state of the farming industry, the mass production of meat, and the impact it has on our Earth and how we treat animals. I decided then and there I could no longer participate in supporting that in any way.”

Although the movie is not a classic vegan documentary it highlights the brutalities of factory farming and the ethics of eating animals.

The story directed by Bong Joon-ho revolves around Mija, a sweet South Korean girl, and her genetically modified gigantic super pig friend, Okja, who has been created by a slaughterhouse. Highlighting the delicate bond between human and animal, the movie tells the tale of how young Mija goes to great lengths to rescue her friend from the clutches of the powerful, multinational company that wants to reclaim Okja for a new mass-farming initiative.

Reflecting on how going vegan has been the best decision of her life due to her love for animals, she said: “Being vegan has deepened my connection with animals which is one of the biggest joys & passions of my life.

“If you want to do something good for the planet try giving up meat & don’t support the mass production of animal secretion.”

Share this story to promote the benefits of going vegan.