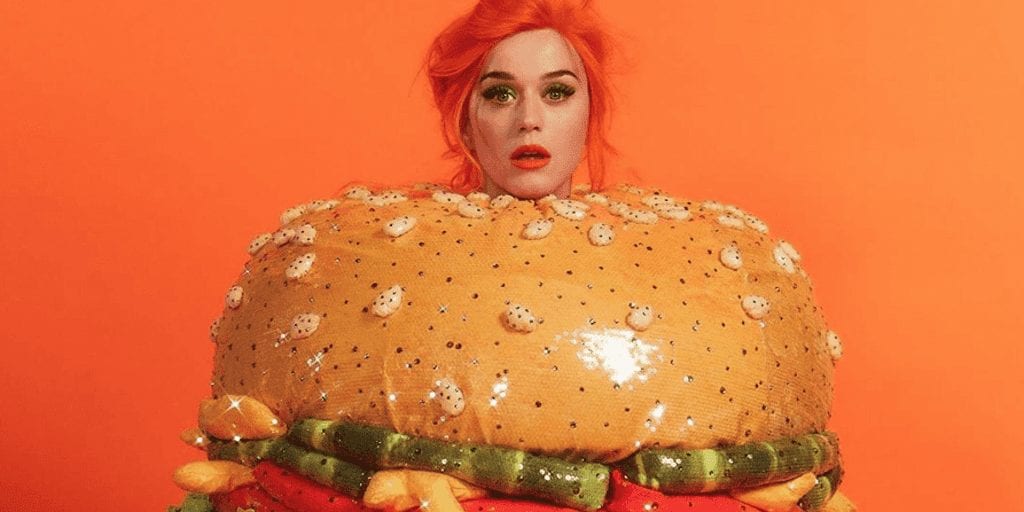 Katy Perry has hit the headlines for a mouth-watering fashion statement at the Met Gala after the singer quick-changed into a burger costume during the event – and it seems like the patty was plant-based.

The superstar initially donned a sparkling chandelier costume as she walked the red carpet, but quickly swapped glamour for gluttony with her full burger costume complete with bun, lettuce, tomatoes and cheese.

And in Perry’s Instagram post of her costume, she tagged plant-based meat company Impossible Foods – which created the patty for Burger King’s new Impossible Whopper.

She wrote on Instagram: “Made a meal outta it ? ”

Fellow Met Gala attendee and singer Hailee Steinfeld posted a video of the ‘I Kissed A Girl’ singer dancing in her burger outfit on her Instagram story.

Perry initially wowed crowds with a chandelier costume which literally lit up. The outfit featured a Swarovski crystal-covered mini dress and matching collar.

A chandelier corset was fastened around her waist while she balanced a smaller chandelier on her head. She explained to reporters on the carpet that the light source for the ornament was ‘her heart’.

Perry was then filmed changing into the burger at the toilets at the
Metropolitan Museum of Art, where the event was held.

Perry is not believed to be vegan, but did reveal in an interview with Entertainment Tonight last November that she was eating more plant-based with her boyfriend, Orlando Bloom.

What do you think of Katy Perry’s vegan burger costume? Tell us in the comments section below!