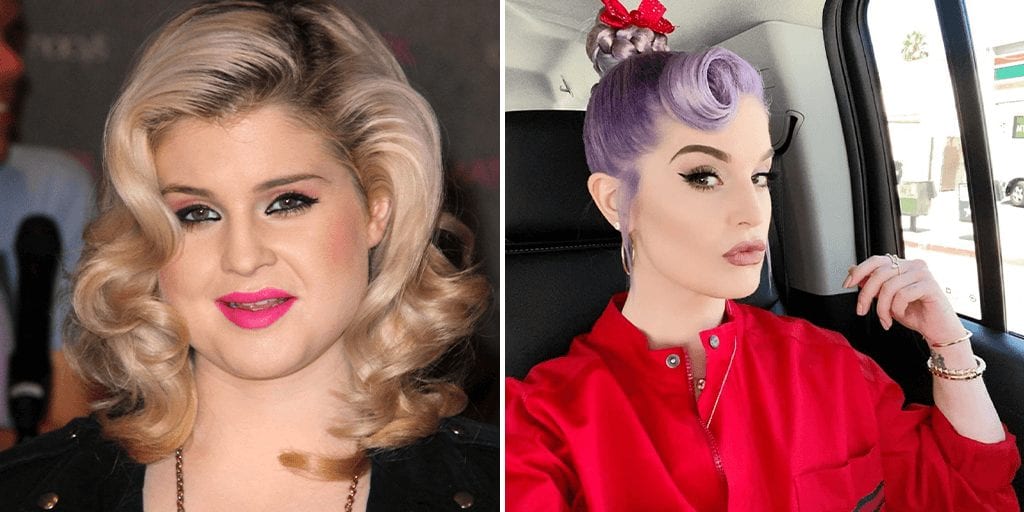 ‘I used to think being a vegan was boring. Now I have more fun with food now than I ever have before’

Actress, singer and former reality star Kelly Osbourne has transformed her “little dumpling body” and she revealed that in her post on Instagram.

According to Osbourne, she is 85 pounds’ (six stone)  lighter after switching to a vegan diet and being physically active.

Posting a photo of her sitting in a car, the 35-year-old displayed her killer cheekbones and chiseled face while she pouted for the camera. “Today I’m feeling #Gucci,” she captioned the photo.

While her picture garnered massive likes and comments from disbelieving fans, Mamma Mai, mother of The Real co-host Jeannie Mai commented, “Oh my gosh, you lost a lot of weight.”

Osbourne replied revealing the amounts of pounds she shed: “That’s right mamma Mai I lost 85lbs since I last saw you. Can you believe it? Kaakakaka”

‘Commit to a life change’

Ozzy and Sharon Osbourne’s daughter went plant-based in 2012 on being encouraged by her then boyfriend, who was a vegan chef, reported the Daily Express. She also added physical training, like hiking,  and a variety of workouts from cardio to yoga to achieve her gorgeous figure.

In an interview, she told Huffpost: “Once I learned how to work out right and eat right, it’s one of those things that you just have to commit to a life change rather than being on a diet.

“Because a diet doesn’t work. You lose weight and you stop it and it will all come back. So you just have to take baby steps, commit to something and stay true to it.”

The reason Osbourne emphasizes that diet should be more than just what you eat to lose weight and feel skinny is because this isn’t the first attempt to lose weight.

In 2009, she lost 30 pounds when she participated in Dancing with the Stars but piled it back. Her struggles with abuse also saw her gain more weight than she was ever able to lose

“I replaced the drugs with food and just got fatter and fatter. I’m an emotional eater. When I get upset, my diet goes out the window,” she admitted in an interview.

While the transition to vegan options and going sober has been challenging, Osbourne has done extremely well to resist temptations.

In a post, she wrote: “I really miss eating cheese so today I tried ‘vegan shell pasta and creamy sauce’ aka Mac & cheese and you can not tell the difference.”

Another time, she said: “I used to think being a vegan was boring. Now I have more fun with food now than I ever have before.”

Share this story to let others know about the health benefits of a plant-based diet.