Kevin Hart says going plant-based has made him 'more vibrant, more up and at it' | Totally Vegan Buzz
Skip to content

Kevin Hart says going plant-based has made him ‘more vibrant, more up and at it’ 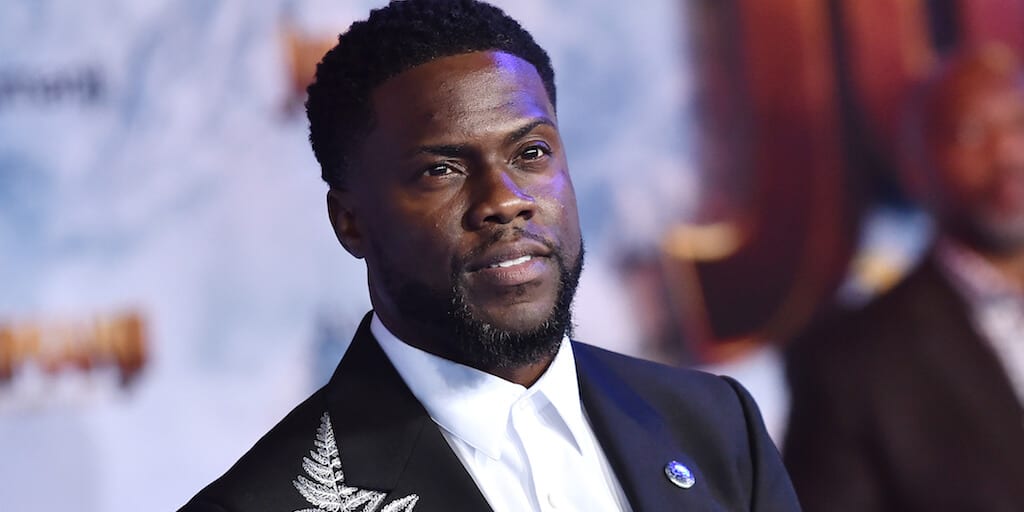 ‘I’m a plant-based eater and not on some strict, crazy diet.’

In a recent podcast with Joe Rogan, Kevin Hart gave an insight of his life post his near-death experience and the changes he has made to lead a healthier life and reach his fitness goals.

Among the many things he discussed, he told Rogan he is a ‘plant-based eater’ and although he is “not on some strict, crazy diet,” he has stopped eating red meat, fish, or any seafood.

The comedian explained that people have a misconception about plant-based eating and should be open to experimenting with different kinds of food to decide what suits them the most.

“Just because you make the decision to go and try plant-based, doesn’t mean you have to [ be engulfed] in that world,” he said.

“Learn it, understand it, and see if there are benefits that work for you.”

He said he stopped eating red meat after he learnt he didn’t need it to “survive” and there were other sources of protein apart from flesh products.

“I thought that I needed (meat) to survive, that’s what was my mindset, like if I don’t eat this, things are going to change for me, that was what I thought.

“But once I found out there’s protein in other foods and other resources and then I started to learn more about plant-based food space and said I’m going to give it a try.”

He added that he still “dabbles” in chicken “every once in a while” despite ditching meat and dairy.

Hart likened the body to an engine and said that just as one takes care of his car, with oil changes, brakes, tyres, etc., to enjoy a great ride every time, people should take care of their bodies.

Speaking out his mind, he said people were falling “like flowers” with heart attacks, strokes, kidney failures, diabetes and attributed all of these bodily ailments to bad eating habits.

He said he wanted to “amplify” his time in the world by making the right life choices and one of his goals, he revealed, was to be at 8.5% body fat by his 41st birthday on July 6.

“For me, the body fat means that I’ve just been super focused. I eat. I don’t want people to think I don’t eat,” he said.

In the podcast, Hart confessed he loves Beyond Meat burgers because it not only replaces the meat but also offers several versions, which suit his palette and health.

He explained: “After liking the [Beyond Meat] burger the most [over other plant-based options], then I said, let me see if I can be more consistent.

“Since doing that, I’ve seen a significant change. Just being more vibrant, more up and at it.

“My days were always long, so there used to be a wall that I would hit, when I was eating the meat,  whether it was the burger patty without the bun, whether it was the steak and egg for protein whatever it was, I always hit a wall a day.

“Where I’m dozing and I’m crashing. [Now] I don’t have those crashes.”

Hart is a Beyond Meat ambassador along with Snoop Dogg, and NBA star Kyrie Irving among others and often speaks on behalf of the plant-based tech company on the benefits of going plant-based.

Hart was also part of Beyond Meat Feed A Million+ pledge and donated burgers to Northridge Hospital Medical Center in California.

Share this story to promote the benefits of plant-based living.