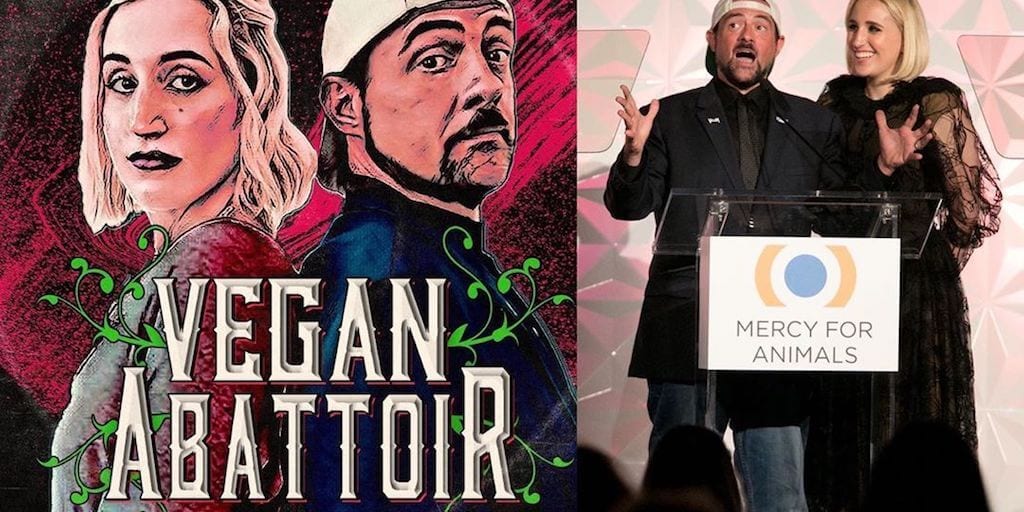 The venture is to “provide plant-based answers to the Vegan-curious questions they get from a meat-eating and dairy-drinking audience.”

With an emotional and heartwarming message to his daughter on her 21st birthday, Smith spilled details of their new venture on Instagram, crediting Harley for coming up with the idea.

He wrote: “HAPPY 21st BIRTHDAY, @harleyquinnsmith! Now that you’re an adult, I can finally tell you that while you’ve been a wonderful daughter, I’ve always thought of you as a friend first.”

“You’re good people, Kiddo, and every day, you gift me with the joy that comes from talking with you, or laughing together, or listening to music while we drive, or sharing a smoke.

“Speaking of greens, you saved my life when you asked me to go Vegan,” the 49-year-old continued.

“So two and a half years later, when you asked me to co-host a plant-based podcast with you, you may have also mended my cholesterol-busted heart!”

“So if anyone out there is looking to get Harley something for her 21st birthday, may I suggest simply subscribing to our brand new podcast, VEGAN ABATTOIR!”

He added: “It sounds metal as Hell, but the Kid and I intend to slaughter misinformation and butcher bullshit about bein’ Vegan in the least triggering, non-preachy way: by having the audience ask us questions about going green that we, in turn, can ask smarter people than us to answer!

“Happy Birthday, Harley! I love you and everything you stand for!”

Smith’s introduction to a plant-based lifestyle happened in 2018 after he suffered a massive “widowmaker” heart attack and had to lose 51 pounds to get his health back on track.

It was Harley, who helped Smith transition to a plant-based lifestyle.

“Once he had his heart attack, I made him go vegan,” she told People during an interview at the time.

“Going vegan isn’t hard, but it’s definitely something you have to get used to, being super aware,” she added.

“I’ve helped him through it, I’ve held his hand. It’s much easier to go through it when you have somebody.”

The first podcast aired on 26 June has already won rave reviews from fans.

“Can’t wait for more! My husband & I often say we should go plant based, you both just may convert us. Excited to follow this pod & learn more,” read one comment.

“The best. I love this podcast. Kevin and Harley discuss the topic of veganism in real and informative way,” wrote a follower.

“Adorable, informative, AND funny! “Who could ask for anything more?” Easily 5 stars! Can’t wait to hear the next one! (WARNING: might make you rethink the food industry in general),” added another.

You can listen to the series here.

Share the link to help others learn about the vegan lifestyle.