This time, KFC is launching Beyond Meat’s vegan fried chicken in California 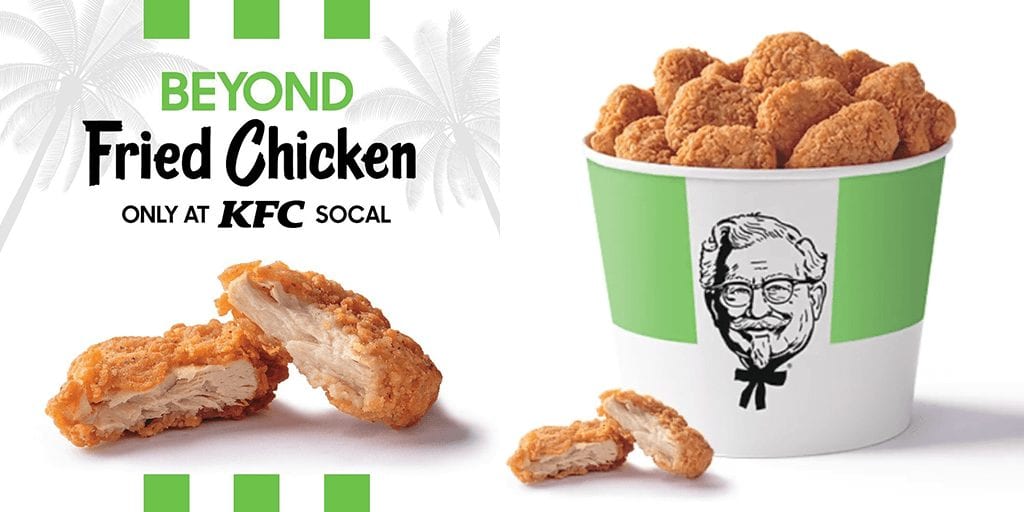 KFC has now planned to test plant-based chicken nuggets from Beyond Meat at select outlets in South California to get customers reviews ahead of a possible nationwide launch.

KFC is going to trial Beyond Meat’s vegan fried chicken in about 50 locations in Los Angeles, Orange County and San Diego next week for a limited period starting Monday, July 20.

According to KFC, the South Californian test will help determine whether it should launch Beyond Fried Chicken nationally.

SoCal, meet Beyond Fried Chicken. We teamed up with our friends at @kfc to bring a sneak peek of our delicious plant-based chicken to our hometown. Mark your calendars, tell your friends– Beyond Fried Chicken will be available at 50 select KFC SoCal locations starting Monday — while supplies last. Learn more about this Kentucky Fried Miracle – link in bio.

The plant-based nuggets will be available in a six or 12-piece combo meal including a side of the chain’s new Secret Recipe Fries and a drink, or as a six or 12-piece à la carte option with a choice in dipping sauce while supplies last.

It previously conducted similar trials in Atlanta, Nashville, and Charlotte. In Atlanta, the response was so great that the vegan nuggets were all gone in just five hours into the launch.

“I’ve said it before: despite many imitations, the flavor of Kentucky Fried Chicken is one that has never been replicated, until Beyond Fried Chicken,” said Andrea Zahumensky, chief marketing officer, KFC U.S. in a statement.

“We know the East Coast loved it, so we thought we’d give those on the West Coast a chance to tell us what they think in an exclusive sneak peek,” added Beyond Meat founder and CEO Ethan Brown

“We are thrilled to continue our partnership with KFC and bring Beyond Fried Chicken to Southern California.”