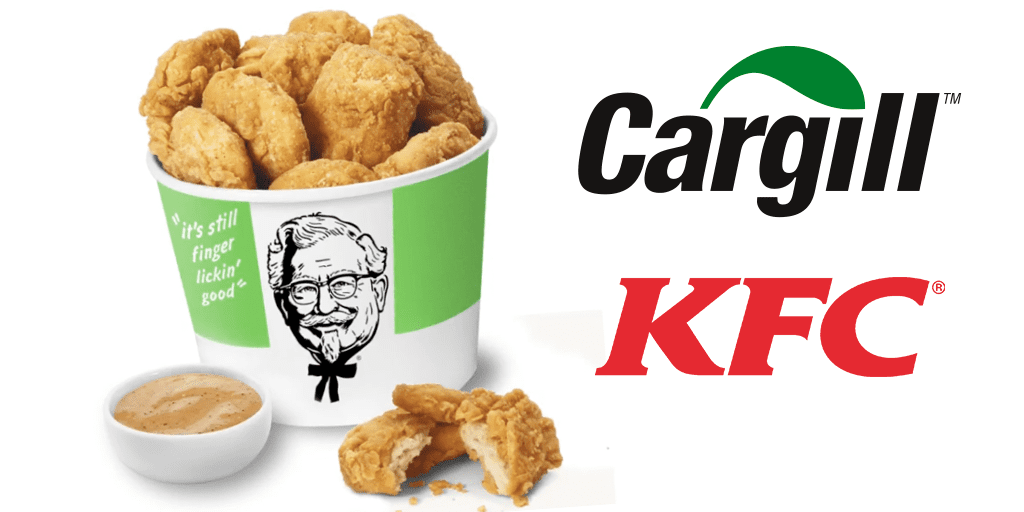 Fans of fast-food chain KFC in China will be treated to vegan chicken nuggets made by Cargill Ltd between April 28 to 30.

Yum China, the owner of China’s Taco Bells, KFC’s, Pizza Huts, and other quick-service restaurants made an official announcement on its Weibo page on Monday stating that it would be trialing Cargill’s vegan fried chicken in Shanghai, Guangzhou and Shenzhen for a limited time period.

Interested customers will have to buy a pre-sale coupon priced at 1.99 yuan per five pieces or less than a dollar in USD in order to try the new meat-free product.

The announcement follows growing global interest in China’s alt meat industry, which has been pegged as a key target market by several international plant-based players including Impossible Foods and Beyond Meat.

The coronavirus outbreak, which is believed to have originated from China’s Wuhan wet market that keeps and sells live and dead animals is another important factor threatening China’s meat industry and drawing greater attention to the safety concerns of the animal industry.

Although China currently accounts for about one-fourth of the world’s meat consumption, data from Euromonitor shows that more people are now willing to ditch conventional animal products for plant-based versions. According to the report, the country’s plant-based meat market grew to $9.7 billion in 2018 and is poised to hit $11.9 billion by 2023.

Apart from the vegan chicken nuggets, US agribusiness Cargill Ltd plans to unveil a complete range of plant-based products this month, including hamburger patties and ground meat as “part of Cargill’s inclusive approach to the future of protein.”

“We’ve combined our deep knowledge of plant proteins with our expertise in R&D, product development and production to deliver products consumers will love.”

KFC, like many other food chains and restaurants has launched several vegan meals across its outlets in a bid to cater to the growing demand for meat free alternatives.

Last year, it launched plant-based chicken nuggets and boneless wings from Beyond Meat at an Atlanta restaurant. The response was so successful with the vegan fried chicken being sold out in just five hours.

In January, the companies jointly announced that they would expand that tie-up to several KFC stores in Tennessee and North Carolina.

The chain also conducted a similar trial in KFC Canada by offering its new plant-based chicken made by Lightlife in a one day trial at its Mississauga, Ontario restaurant on November 27.

In the UK, KFC collaborated with Quorn to launch The Zero Chicken Burger in January 2020. The brand sold 1 million burgers in the first month.

Share this news to support the growing trend of veganism.