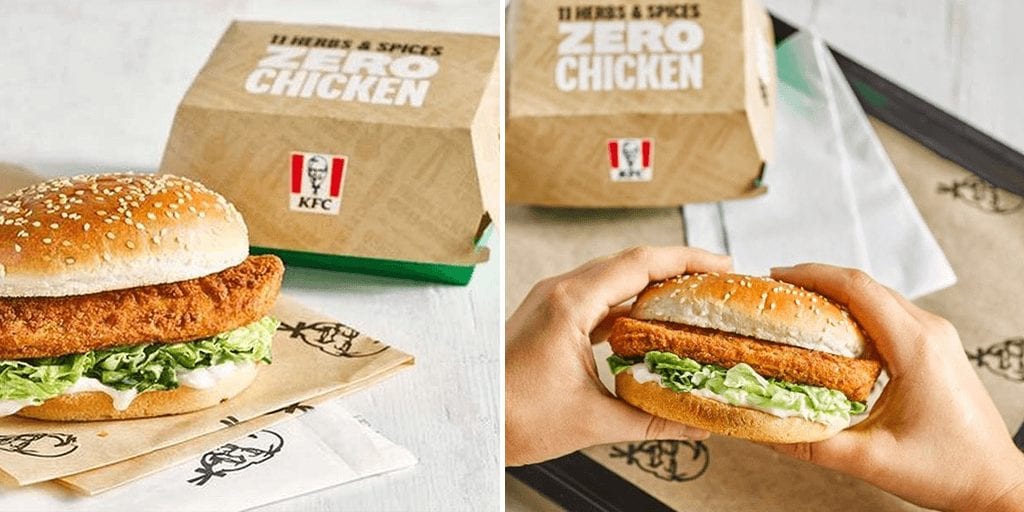 ‘The meat-free treat is back, and it’s time to celebrate’.

KFC’s meat-free burger will be back on menu across 73 UK outlets from August 24.

The international fast-food giant launched its vegan burger in January but discontinued it during the COVID-19 lockdown.

The £3.99 sandwich, which the brand sold a million in less than a month is made with a ‘bespoke Quorn fillet, coated in the Colonel’s iconic Original Recipe herbs and spices…served with vegan mayonnaise and crisp iceberg lettuce’ on a vegan soft glazed bun.

Commenting on the vegan burger relaunch, a KFC spokesperson said: “Our vegan and flexitarian fans were sadly denied their favorite meat-free treat during lockdown, but now it’s back, and it’s time to celebrate.

“Our kitchen teams have been working hard to adapt to the new safety measures in restaurants, but we reckon now is the right time to unleash one of our fan favourites.

“We can’t wait to reunite with our vegan friends – we’ve missed you!”

The report showed that more than a third of the chickens in the fast food’s supply chain in the UK and Ireland suffer from footpad dermatitis (FPD) characterized by painful inflammation and lesions on the feet.

Apart from inflammation, the report highlighted that one in 10 KFC chickens also suffer hock burn, a condition arising when ammonia from bird waste burns through the skin of the leg.

KFC in its bid to improve animal welfare standards has signed up to the NGO-led Better Chicken Commitment (BCC) and declared that suppliers should switch to slower growing breeds and also reduce stocking density on its supplier farms.

While more branches will be added in the future, the 73 stores that will initially sell the vegan burger include:

Share this story to let others know about the KFC’s decision to reduce the vegan burger at its UK outlets.