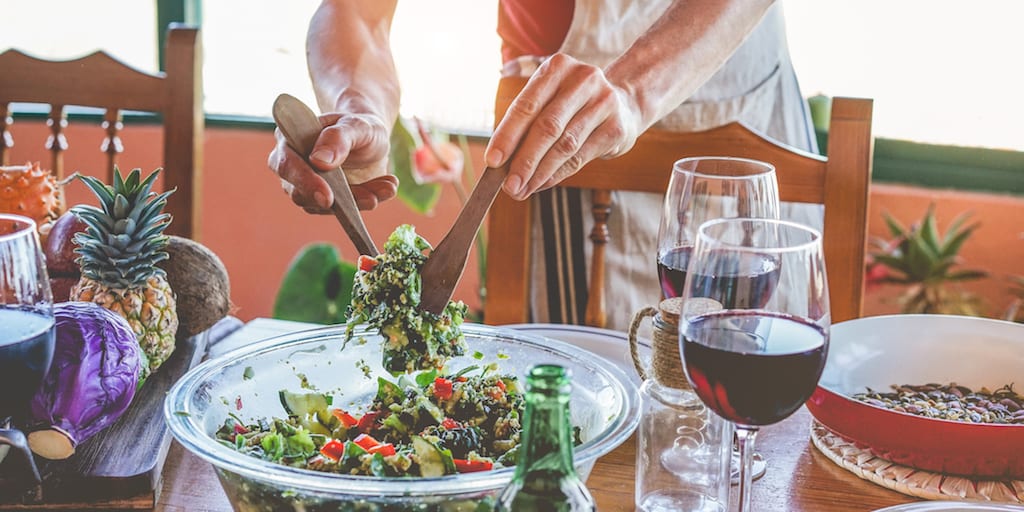 A new survey shows that New Zealanders are particularly concerned about the impact of climate change, sustainability and waste management. Many agree ditching meat can help save the planet.

According to ‘Better Futures: 2020’, a survey by Colmar Brunton, 49% of New Zealanders aged 18 and over feel the need to alter their diet because of the negative impact of meat on the environment.

The transition is significant with a “50% increase from a year ago.”

Philip McKibbin, spokesperson for the NZ Vegetarian Society said the figures reflected positively on the rise of veganism in the state.

“This is great news! Last year, the same report revealed that 10% of Kiwis were almost or always meat-free.

“This year, that figure has jumped to 15%, a 50% increase. It shows that more of us now recognise that what we eat has consequences not only for our health, but for other animals and the natural environment as well,” said Mr McKibbin.

He was confident that more and more people would gradually switch to a plant-based diet as they realize the huge carbon footprint emitted by the farming industry.

“We believe it’s only a matter of time before meat-eating becomes a thing of the past. I mean, it has to. Given the relationship between meat-eating and environmental degradation, Kiwis have to choose: between giving up meat or giving up on the planet,” Mr McKibbin added.

Even food retailers have admitted that more customers are demanding meat alternatives for health, ethical and environmental reasons.

Kiri Hannifin, Countdown’s general manager of quality, safety and sustainability said. “We are seeing a huge increase in the demand for more plant-based meal solutions such as veggie burgers, ‘mince’ made from plants, and other proteins like falafel.

“Even ice cream is going vegan.”.

The report, compiled in conjunction with Sustainable Business Council highlighted that ‘Climate change, sustainability, and waste’ were other primary concerns affecting the sample population of the 1500 New Zealanders surveyed.

While nearly half of the people surveyed were worried about climate change, 69 percent admitted plastic pollution was a major worrying factor.

“There has been broader awakening on waste and household shoppers are becoming more astute,” Bolger admitted.

“Consumers are aware that waste doesn’t just refer to plastic. They are starting to reuse and recycle more than they used to.

“They want brands to care about waste, pollution, recycling and plastic build-up. They also want clearer guidelines on labelling for what to do with packaging.”

76% of the sample group said they would vote for politicians campaigning for the environment.

“People want government and business be part of the solution. Strong leadership is likely to spur them into increasing their individual action,” Bolger added.

Share this report to encourage others to ditch meat and plastic and become more environmentally conscious.