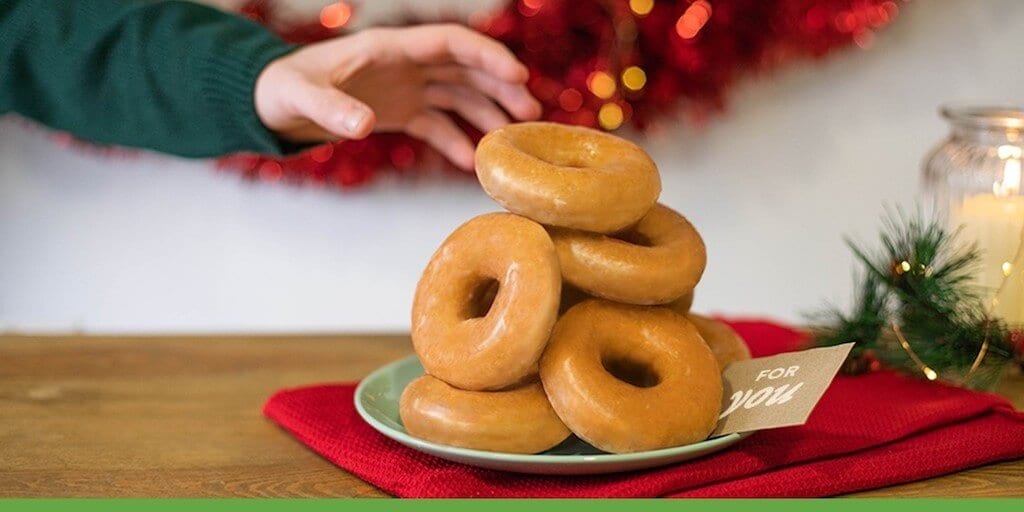 The irresistible original glazed doughnut gets a vegan version just in time for Veganuary.

Krispy Kreme has finally entered the vegan market by announcing the launch of its first-ever vegan doughnut.

The doughnut giant’s latest bespoke vegan offering is touted to have the same taste, texture and signature glaze as its extremely popular Original Glazed Vegan doughnut.

“We are excited to extend our range of iconic irresistibly original doughnuts with the launch of our first ever vegan offering, available exclusively in the UK,” Louise Direito Krispy Kreme UK and Ireland’s head of innovation said.

“We know January is a time that many are trying out new lifestyles and set ourselves the challenge to create a plant-based doughnut that is equally delicious as the original, with absolutely no compromise.”

Starting today, the Original Glazed Vegan Dozen – priced comparably to the non-vegan version at £10.45 – is exclusively available only for pre-orders with deliveries starting from January 5 at locations across the UK.

In addition, the vegan version will also be available at Hotlight Stores between 7pm to 8pm so that customers can enjoy the hot, freshly made doughnut every day.

Share this story to let others know about Krispy Kreme’s new vegan doughnut.