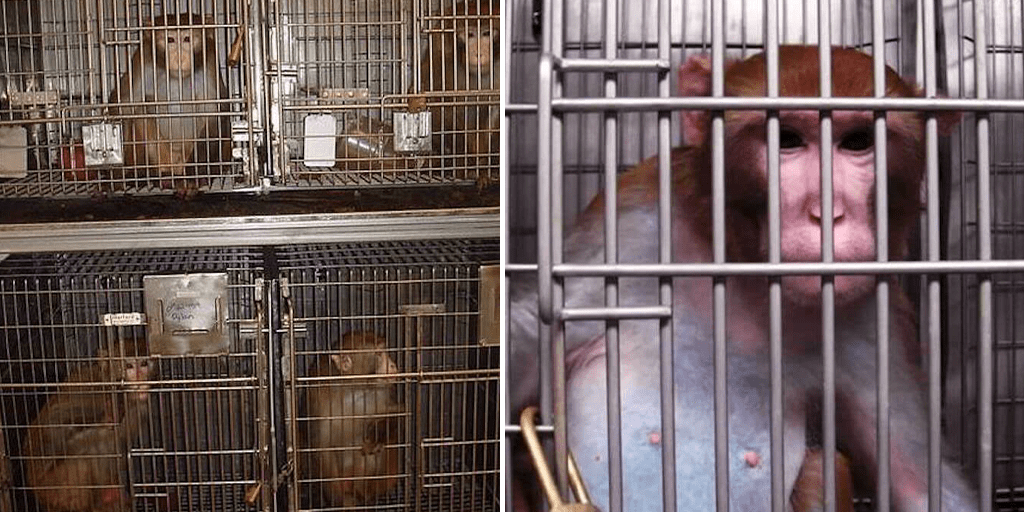 PETA has taken a US research laboratory to court for conducting painful and tormenting experiments on monkeys.

According to PETA, The National Primate Research Center in Hillsboro, based at Oregon Health and Science University (OHSU), has been performing ‘cruel’ experiments on pregnant monkeys including force feeding them lard, and addicting them to nicotine and alcohol.

The Oregan lab has already been pulled up for 12 animal welfare violations in the last three years and the animal charity has petitioned for another official enquiry.

PETA’s complaints have led the US court to order the center to release 74 videos in the public interest as experiments are partly paid for by $218 million in taxpayer money.

“The public has an interest in seeing ONPRC’s videos of its studies to ensure ONPRC’s compliance with regulatory requirements in using [primates] in experiments,” said Multnomah County Judge David Rees who passed the order on April 20.

“The public also has an interest in knowing how public [National Institutes of Health] grant funding is being spent and whether the experiments at issue are a worthy use of public funds,” he added.

In other experiments, 11-month-old Japanese macaques are deliberately frightened to record their anxiety and stress responses.

“OHSU was happy to take millions of tax dollars to impregnate monkeys, feed them ‘junk food,’ and then separate the baby monkeys from their mothers in order to deliberately frighten them – but it fought tooth and nail against releasing the videos of this horror,” said PETA after procuring the video footage.

According to PETA, the center has a long history of animal neglect, abuse and exploitation including nine monkeys escaping from the facility, unapproved doses and drugs being injected, untrained staff carrying out tests incorrectly, and other instances of botched experiments leading to animal deaths.

However, the facility, which still has over 5000 monkeys on its premises maintained that it was important for laboratories “to have the right to perform research — and to keep confidential such research and related research data — at a minimum, until published in peer-reviewed publications.”

Share this story to reveal the truth behind the animal testing industries.