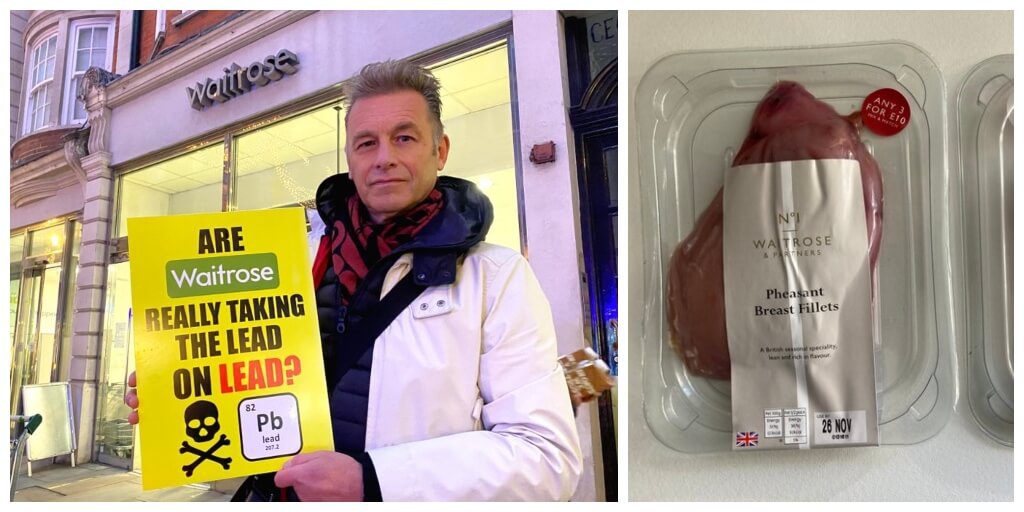 Tests revealed that meat samples from Waitrose, Sainsbury’s and Harrods all had levels of lead that would be illegal if they were found in other meats like chicken, pork and beef.

Pheasant meat sold at Waitrose, Sainsbury’s, and Harrods is contaminated with toxic lead, tests have revealed.

In fact, Waitrose’s pheasant fillets continue to have high lead levels despite the retailer’s promise to switch to “lead free” game more than two years ago.

The tests revealed that 13 of the breasts from Waitrose contained levels of lead in excess of the legal limit for chicken, pork and beef, which is 0.1mg per kg. There is currently no set maximum level for game meat.

The fillets were found to have a median level of 2.92mgs of lead per kg.

The amount is even higher than 2020 levels, where the median level of lead in Waitrose whole pheasants was 0.5mg per kg.

Are @waitrose really taking the lead on lead?

We’ve sampled more some game meat from supermarkets – this time @Waitrose and @Harrods. Once again, we found high levels of lead!

According to Wild Justice, when game meat is shot with lead ammunition, tiny fragments of the heavy metal, which are too small to see or remove, get deposited in the bird’s flesh and enter the human food chain.

“Lead is a poison. These lead levels would be illegal in other meats. The most overwhelmingly likely explanation for such very high lead levels is contamination by fragments of lead shot,” Wild Justice said.

“There is no Lead Fairy sprinkling lead into Waitrose game meat.”

Contesting the claims, Waitrose said: “We strongly refute that our shoots are using lead ammunition.

“Our understanding is that no shot was found in our game tested & we are confident results are explained by environmental residues. We have stringent controls on our supply chain where no lead-based ammunition is used.”

Sainsbury’s told The Independent that it is working with its suppliers to remove all lead shot from its meat by July 2022.

“Our suppliers work hard to minimise any presence of lead shot in game and while it’s rare it’s possible small traces may remain in the product,” the supermarket said.

“This is explained on the packaging so that our customers can make informed decisions about the items that they buy.”