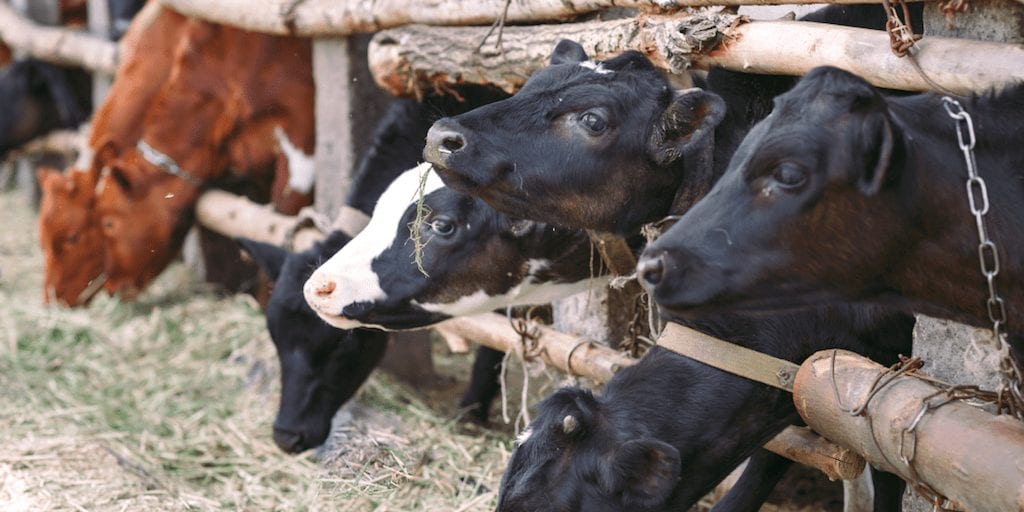 Leading Australian farmers have admitted the industry is facing a drastic decline due to the impacts of climate change.

The Farmers for Climate Action group launched a report at Parliament this week which said climate change poses a ‘threat to the viability’ of the industry.

The report asked for a cohesive national strategy on climate change and agriculture, warning that agricultural production would reduce, farm profits would decline and food insecurity would rise if the government failed to take prompt action.

Animal agriculture is a huge contributor to global warming, and evidence overwhelmingly indicates that going vegan is the single best thing we can do to reduce our environmental impact.

Farmers are not only the cause of climate change, but also face the threat of extinction because of it.

Richard Heath, the executive director of the Australian Farm Institute said: “We need this (national cohesive climate change) strategy because Australian agriculture is both partly responsible for and increasingly impacted by the impacts of climate change.

“The pace and extent of change that the climate is now experiencing is going beyond the capacity of even the best farmers using the best practices and technologies to adapt.”

She said: “It’s a very difficult topic for a lot of graziers and some ways it is like the frog in the boiling water because it is not immediately obvious – it has always been hot and dry up there, it is just getting hotter and drier.”

She expressed her frustration towards the political parties’ indifference and stated that Nationals MPs should be held accountable.

“If politicians are not taking this seriously it is quite negligent,” she said.

Many National MPs chose to miss the meeting on Monday.

Chairperson of the Farmers for Climate Action, Lucinda Corrigan, said: “It would have been great if they had been there because they need to take this seriously.

Sussan Ley, the environment minister who launched the report, reflected: “I share the view that we face very real challenges from climate change now and in the years ahead.

“There is no question that our climate is changing, and the science on that is conclusive.”

What should governments around the world do to slow global warming? Share your thoughts in the comments section below!