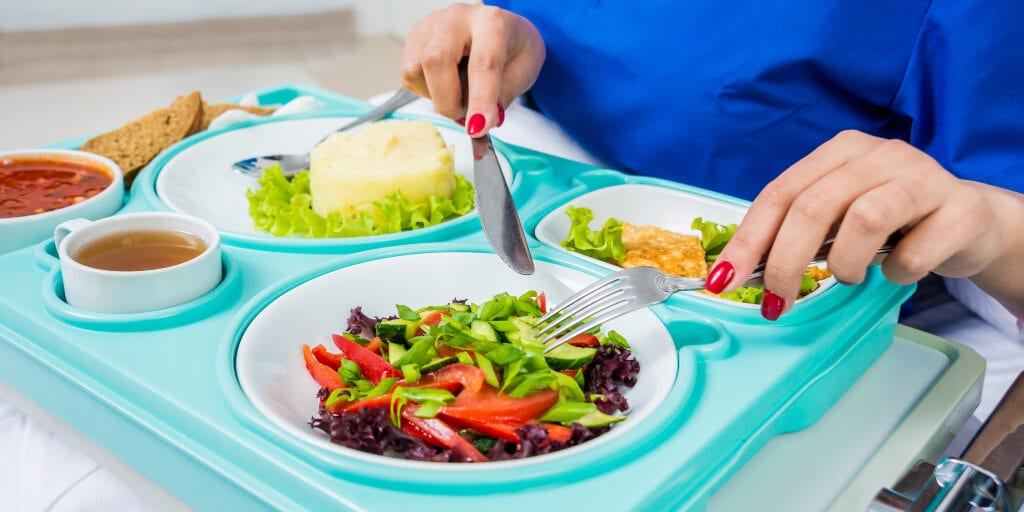 “Adopting a plant-based exclusive diet has been scientifically proven not only to stop the evolution of certain diseases but it can also reverse them.”

This month, a hospital in Beirut, Lebanon became the very first hospital to start serving exclusively plant-based food to its patients.

According to Hayek Hospital, it overhauled its menu to ‘tackle the root cause of diseases and pandemics not just treat symptoms’.

Taking to Instagram, the hospital management announced: “There’s an elephant in the room that no one wants to see.

“When the CDC (Centers for Disease Control and Prevention) declare that 3 out of 4 new or emerging infectious diseases come from animals.

“When adopting a plant based exclusive diet has been scientifically proven not only to stop the evolution of certain diseases but it can also reverse them.

“We then, have the moral responsibility to act upon and align our beliefs with our actions. Taking the courage to look at the elephant in the eye.”

Hospital authorities said that they introduced vegan meals last year giving patients the choice to choose between an animal-based meal and a plant-based one.

The team added that during the transition phase, patients were educated on the benefits of an exclusive plant-based whole-food diet versus the dangers of animal-based food consumption and from 1st March,2021, patients are no longer being served “ ham, cheese, milk, and eggs … the very food[s] that may have contributed to their health problems in the first place.”

The hospital menu now includes a variety of plant-based meals such as a fajita sandwich, pizzas, vegan burgers, and croissants, as well as vegan versions of traditional Middle Eastern dishes.

While Hayek Hospital boasts of being the first in the world to ditch animal products for a 100% vegan menu, a new law passed in December has made it compulsory for all New York hospitals to provide a vegan option at every mealtime

According to the bill, all plant-based meals must be nutritionally comparable to its non-vegan counterparts.

“To discuss why nutrition is a powerful tool to fight disease.”

She added: “Research shows that a diet rich in fruits, vegetables, grains, and beans can help us prevent, and in some cases reverse these diseases.”