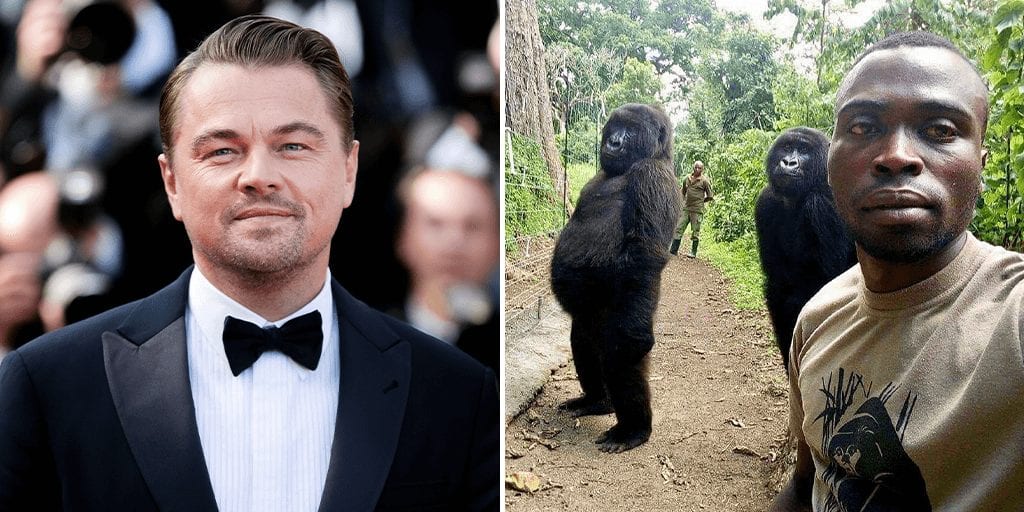 The actor has helped raise $2 million in funds to protect the Virunga National Park and its endangered mountain gorillas.

Leonardo DiCaprio is raising funds for the Virunga National Park in the Democratic Republic of Congo. He has contributed a part of the initial $2m (£1.65m) funding through Earth Alliance, a group co-founded by the actor.

Organizations including Emerson Collective, Global Wildlife Conservation and the European Commission have also contributed towards the fund.

According to the actor, the park, which is also a Unesco World Heritage site, is in urgent needs of funds after facing a “series of unprecedented threats”, which include the ongoing pandemic and a recent attack on its rangers.

The park has faced a significant loss of revenue after it closed its tourist activities in March in light of Ebola and COVID-19.

In an Instagram post, the actor wrote: “Virunga National Park is one of the most biologically diverse areas on the planet and… the future of Virunga hangs in the balance as it deals with the impacts of Ebola and COVID-19, and now this recent attack.

“Today, with the help of @EarthAlliance, @EmersonCollective and @Global_Wildlife_Conservation, along with support from @europeaid and @VirungaNationalPark, we announced the Virunga Fund, with $2 million in seed funding.

“If you can, please join me in supporting the fund today.”

The park is home to mountain gorillas, a species whose future is once again endangered after being saved from the brink of extinction earlier. The World Wide Fund For Nature has warned that since mountain gorillas share 98% of their DNA with humans, they are most vulnerable to the current coronavirus. Scientists claim the health crisis could prove to be an “existential threat”   to the species’ survival.

‘Racing against the clock’

Last month, after the park closed its doors to the public, a militia group attacked the park’s headquarters in Rumangabo killing twelve rangers, a park driver, and four civilians.

Apart from the current pandemic, smuggling, wildlife poaching, illegal charcoal production and miscreant activities are some other issues that continue to plague the park.

National Virunga Park director Emmanuel De Merode said he had “never been more worried” about the future of the park in light of the latest events.

“We are on a timer and we only have about two months before all our critical functions for protecting the park can no longer be sustained,” he told UK Channel 4 news.

You can find out more about the Virunga Fund here.