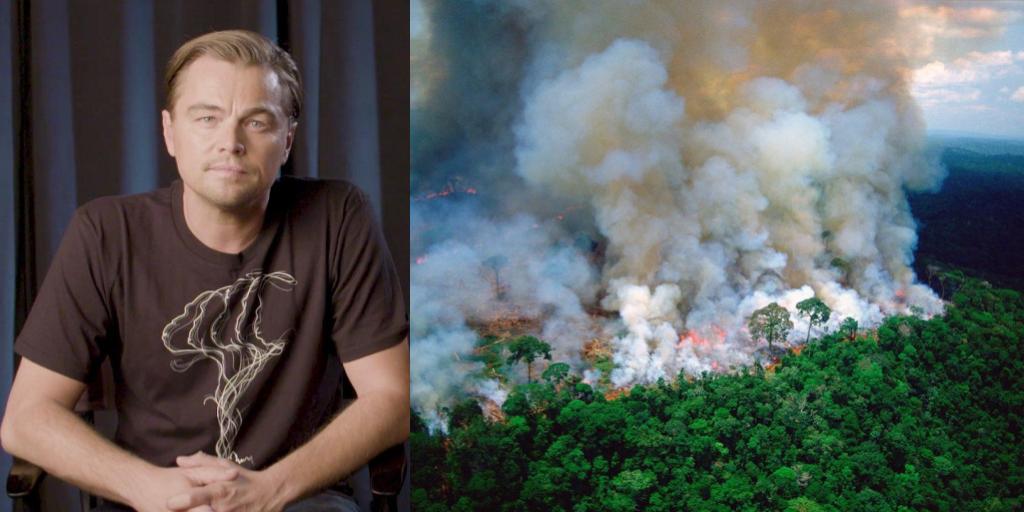 Amazon this year has witnessed the highest number of fires since 2013 and almost 1,330 square miles of the rainforest has been charred.

With the widespread devastations the wildfires have unleashed on Amazon; many celebrities are doing their bit towards raising awareness and helping in salvaging the parched savannah.

Leonardo DiCaprio and his philanthropic associates-Laurene Powell Jobs and Brian Sheth have set up an Amazon Forest Fund through their initiative-Earth Alliance, pledging $5 million.

The alliance is also seeking donations for damage control in the Brazilian rainforest.

According to Earth Alliance, Amazon is releasing drastic amount of carbon dioxide into the atmosphere and destroying an ecosystem that absorbs millions of tons of carbon emissions every year and is one of the planet’s best defenses against global warming.

To support Earth Alliance, Leonardo wrote the following message on his gram wall:

“Laurene Powell Jobs, and Brian Sheth, has formed an emergency Amazon Forest Fund with a commitment of $5 million dollars to focus critical resources for indigenous communities and other local partners working to protect the life-sustaining biodiversity of the Amazon against the surge of fires currently burning across the region.

100 percent of the donations will go to help protect the Amazon.

Earth Alliance is committed to helping protect the natural world. We are deeply concerned about the ongoing crisis in the Amazon, which highlights the delicate balance of climate, biodiversity, and the wellbeing of indigenous peoples.”

He added, “The largest rainforest in the world is a critical piece of the global climate solution. Without the Amazon, we cannot keep the Earth’s warming in check.”

Other charities that have taken up ‘The Save Amazon’ cause:

Have you donated for the preservation of the Amazon rainforest? Let us know in the comments below!