Leonardo DiCaprio states Greta Thunberg is a ‘leader of our time’ 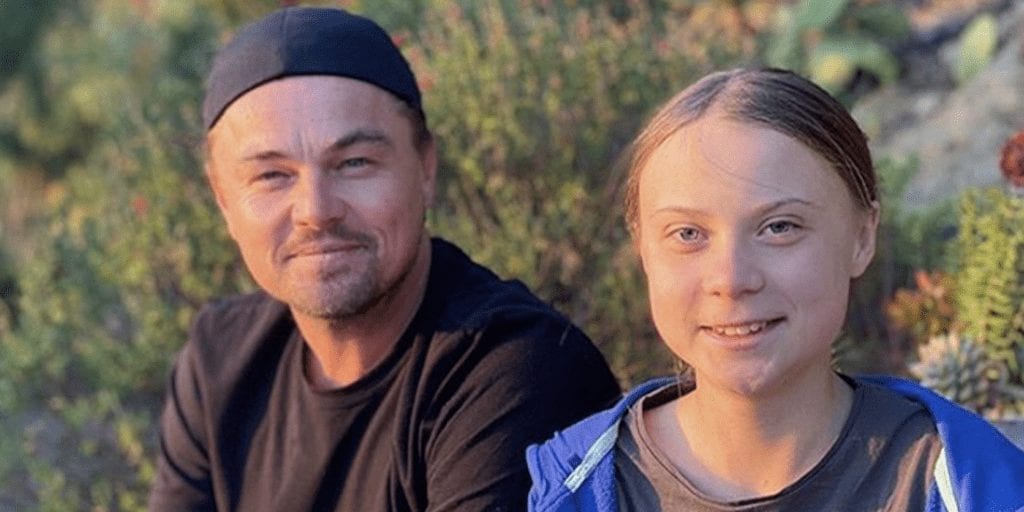 Leonardo DiCaprio has praised Greta Thunberg’s efforts in raising awareness about climate change and has promised to help her in her cause.

The 44-year-old Academy Award winner was all praise for the young climate change activist after meeting Greta Thunberg for the first time.

He shared a picture of the two of them on Instagram stating that Greta is a ‘leader of our time’ and he was ‘optimistic about what the future holds’ because of young activists like her.

“There are few times in human history where voices are amplified at such pivotal moments and in such transformational ways – but Greta Thunberg has become a leader of our time,”

“History will judge us for what we do today to help guarantee that future generations can enjoy the same livable planet that we have so clearly taken for granted.

“I hope that Greta’s message is a wake-up call to world leaders everywhere that the time for inaction is over.

” It was an honour to spend time with Greta, she and I have made a commitment to support one another, in hopes of securing a brighter future for our planet.”

This Sweden student garnered world acclaim after her solo weekly climate strikes outside the Swedish parliament house inspired millions of people to spend their Fridays urging their governments to take action against global warming.

At the UN Climate Action Summit in September, she lambasted world leaders for their indifference towards the environmental crisis.

She said: “People are suffering. People are dying. Entire ecosystems are collapsing.

“We are in the beginning of a mass extinction, and all you can talk about is money and fairy tales of eternal economic growth. How dare you?”

Last month, Thunberg refused the Nordic Council’s 2019 Environmental prize sum of about $52,000 stating that the climate movement was not in need of monetary support.

“What we need is for our politicians and the people in power start to listen to the current, best available science,” she said.

This critically acclaimed actor is an active climate change campaigner. He recently launched Earth Alliance – a supergroup of scientists, entrepreneurs and conservationists formed to preserve the environment and fight against climate change.

DiCaprio has also produced several documentaries on climate issues and animal welfare such as ‘The 11th hour,’ ‘Sea of Shadows’, ‘Cowspiracy’, ‘Catching the Sun’, ‘Before the Flood’, ‘The Ivory Game’, ‘A Plastic Ocean’ and ‘Virunga’.

What impact could DiCaprio and Thunberg’s activism have? Share your thoughts in the comments section below!