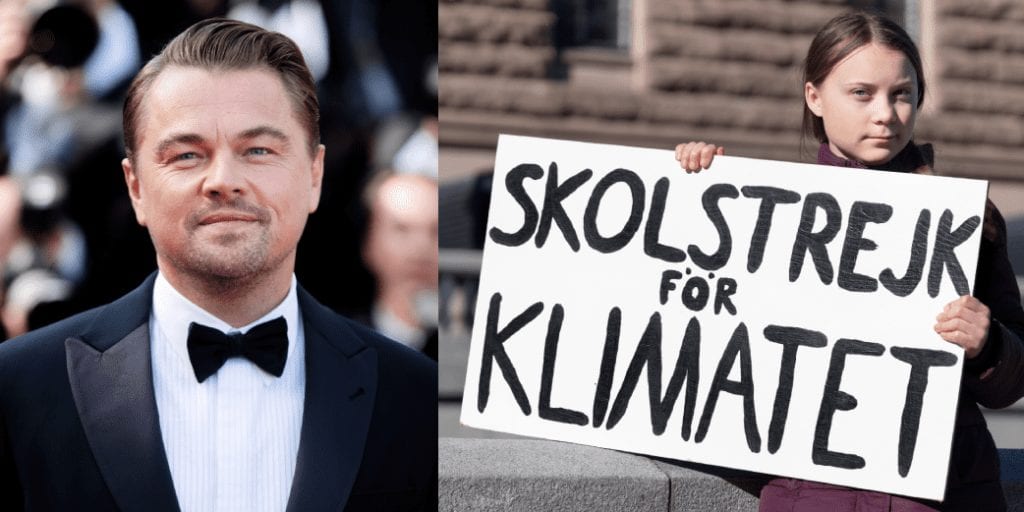 Leonardo DiCaprio has urged his fans to follow in the footsteps of Greta Thunberg and strike against the lack of action on climate change.

The environmentalist recently formed Earth Alliance – a supergroup of activists and entrepreneurs who are aiming to fight against climate change.

And today (September 19) DiCaprio posted a video of students striking against climate change on his Instagram, urging his 35 million followers to follow suit.

DiCaprio shared a post from the Natural Resources Defence Council, which said: “On Friday, September 20, NRDC is following the lead of young climate leaders like @GretaThunberg and others, and striking for #climateaction!

“Around the world, climate activists will be taking to the streets, calling on governments to tackle the crisis with the urgency it deserves—because future generations depend on it.

“Just days before the U.N. Climate Summit in New York, the strike will kick off a week of action and send a clear message to decision makers that there is no more time to deliberate. Join the fight for a livable planet and #strikewithus!

“Visit the link in their profile to find a march in your city, or text CLIMATE STRIKE to 21333!”

Teenage activist Greta Thunberg has inspired strikes around the world since she started skipping school every Friday to protest outside the Swedish Parliament.

This week she told US Congress to ‘save you praise’ and do something about the climate crisis, while she was also named as one of TIME magazine’s ‘Women Who Will Change The World’.

Last month DiCaprio’s Earth Alliance set up an Amazon Forest Fund and pledged $5 million to protect the rainforest in partnership with his philanthropic associates Laurene Powell Jobs and Brian Sheth.

The alliance is also seeking donations for damage control in the Brazilian rainforest.

Last week Will Smith and DiCaprio formed an alliance between their environmental companies in an effort to raise funds to save the Amazon rainforest.

Smith’s sustainable water company JUST Water and eco-friendly footwear company Allbirds, for which DiCaprio is an investor, have collaborated on two pairs of shoes named Tree Runners and Tree Toppers.

The profits from the sales of the shoe will go to DiCaprio’s Amazon Forest Fund.

What impact could DiCaprio’s activism have? Share your thoughts in the comments section below!