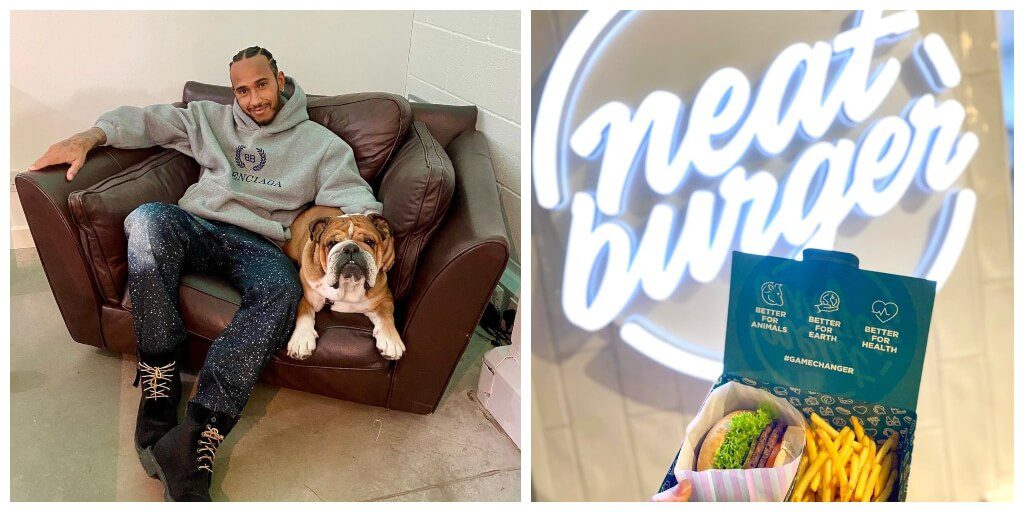 The London-based eatery is the UK’s fastest-growing vegan restaurant chain. It currently has six locations and has plans to expand with 30 new eateries on the way.

Lewis Hamilton-backed eatery Neat Burger has been crowned ‘inaugural Company of the Year Award’ by PETA.

The award is to recognize the restaurant for its game-changing work to bring compassionate and delicious vegan food to all.

According to PETA, Neat Burger is ‘dishing up the delicious plant-powered fare that modern diners crave’ and ‘introducing droves of people to delicious, protein-packed vegan meals’.

The new accolade comes after it won ‘Best Vegan Restaurant Of The Year’ at the Deliveroo Restaurant Awards two years in a row.

Hamilton launched Neat Burger in 2019 in partnership with hospitality organization The Cream Group and investors including UNICEF Ambassador and Tommaso Chiabra.

The London-based eatery is the UK’s fastest-growing vegan restaurant chain. It currently has six locations and has plans to expand with 30 new eateries on the way.

The restaurant offers modern twists on fast-food classics. The range, which includes burgers, fries, shakes, and its own vegan crispy Filet-No-Fish sandwich are extremely popular with its customers.

Aside from opening a vegan restaurant, the sporting sensation, who went vegan in 2017 has often used his platform to address the ethics of using animals for food, fashion, and entertainment

Among other efforts, he has repeatedly stressed the health benefits of going vegan and pointed out how the meat industry exploits animals.

He was also on board for The Game Changers – the hard-hitting documentary about vegan eating, protein, and strength – as one of the film’s executive producers.

The vegan athlete has also spoken out on social media against trophy hunting, poaching, the leather industry, and dolphin shows in the past.