Lewis Hamilton-backed vegan burger chain expands to the US 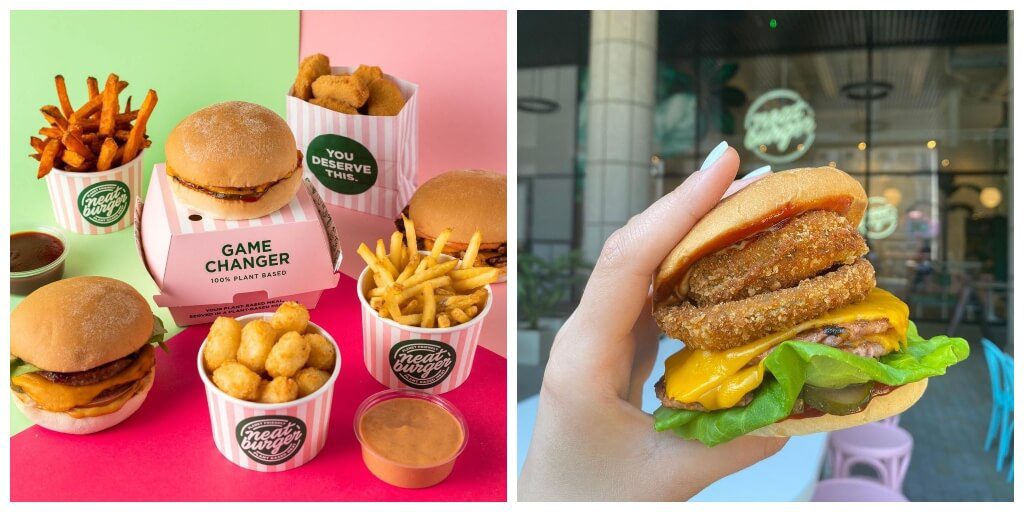 Neat Burger’s first US address will be Manhattan in New York City.

Vegan food chain Neat Burger is set to open its first US location in Manhattan in New York City this Autumn.

The company is also set to launch several products into retail as part of its expansion strategy.

As preliminary preparation for the launch, the brand will host a pop-up in midtown Manhattan this month to give New Yorkers a taste of Neat Food Co.

The brand has also roped in leading names in the US food market such as Vincent Herbert, Jeffrey S. Fried, and Henrik Fjordbak, to help the brand get a strong foothold in its new setting.

In a statement, co-founder and CEO of Neat Burger, Zack Bishti said: “We are on a mission to fundamentally change how the world consumes protein and are excited to announce these new appointments whose expertise will make a real impact.

“With Jeff and Henrik’s success in nurturing industry-leading brands and Vincent’s prowess in delivering global expansion, we have a powerhouse team primed for explosive entry into new markets; to shift consumer behaviour and be a force for good.”

Neat Burger growth trajectory in the US

The company has major expansion goals for the future in line with its vision is to make alternative-proteins an everyday staple as increasing numbers of consumers look to adopt a vegan and flexitarian lifestyle.

“Neat is leading the charge in the development of these alternatives that not only satisfy the needs of conscious consumers, but that also deliver on flavor. We’re here to prove that the easiest choice can also be the best choice for the planet.”

Additionally, the company plans to have over 1,000 corporately owned, franchise, and delivery-only kitchens by 2030.

The vegan burger chain has seen tremendous growth in the UK since its launch in 2019.

The eatery boasts six outlets in London, including branches in Camden, Soho, and Stratford among others.

Neat Burger has achieved not only a loyal fanbase but industry recognition too, having won the UK’s Best Vegan Restaurant of the Year at the Deliveroo Restaurant Awards for a second year running.

It was also nominated for the 2021 GQ Food & Drink Sustainability Award.

Most recently, the brand was awarded PETA’s inaugural Company of the Year Award for its game changing approach to a plant-based diet, encouraging people to eat delicious, protein-packed plant-based meals.

Share this story: Lewis Hamilton-backed vegan burger chain expands to the US.