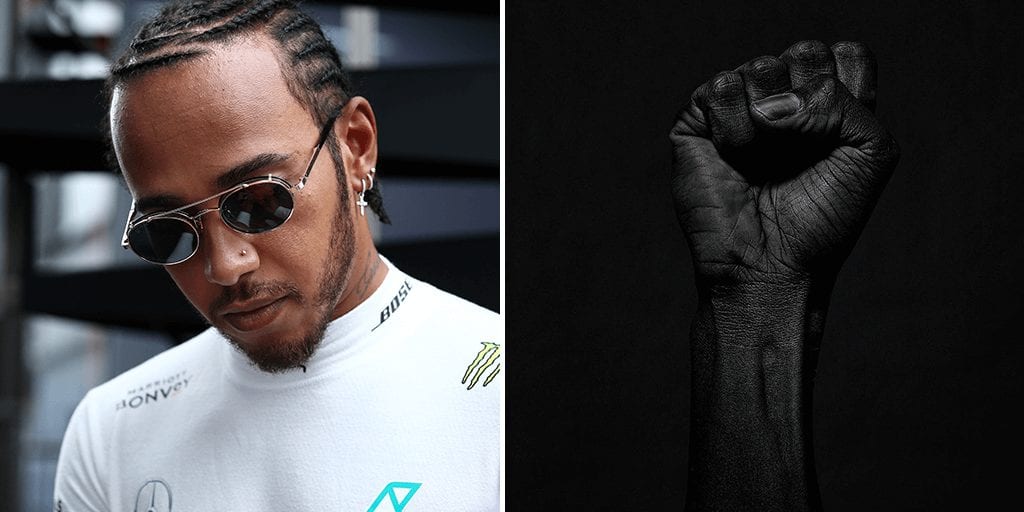 “Black voices have been heard and action is happening. When we stand together, we can make a difference.”

Lewis Hamilton took to Instagram to celebrate the ‘sombre victory’ after Minneapolis policeman Derek Chauvin was convicted for the murder of George Floyd.

The verdict comes after months of protest in the US following the May 25 death of George Floyd.

Chauvin suffocated Floyd to death by kneeling on his neck for nearly nine minutes.

‘George’s death is not in vain’

“JUSTICE for George! The emotions I feel right now are hard to describe,” the Formula One champion – and passionate advocate for animals – shared in his message with 21.9 million followers earlier today.

In a lengthy post, he wrote: “Derek Chauvin has been found guilty.

“This is the first time that a white officer has been convicted for killing a black man in Minnesota. This is monumental, George’s death is not in vain.

“The result of the Derek Chauvin trial today is the right one. Convicting him of all three charges marks a new dawn in the fight for racial justice. “

‘Justice has been served’

“ We can now breathe a collective sigh of relief that the right decision has been met and that justice has been served,” Hamilton continued.

The vegan athlete pointed out that the outcome is not only a ‘sombre victory’ for George and his family, but it also shows that ‘efforts to promote justice are not in vain’.

“Black voices have been heard and action is happening. When we stand together, we can make a difference,” the 36-old year said.

Hamilton has often used his platform to speak out against racism.

In a post last year, he said he was ‘completely overcome with rage at the sight of such blatant disregard for the lives of our people’.

He wrote at the time: “So many people seem surprised, but to us, unfortunately, it is not surprising. Those of us who are black, brown, or in between, see it every day and should not have to feel as though we were born guilty, don’t belong, or fear for our lives based on the colour of our skin.”

In his current post, Hamilton called the conviction a ‘step on the path towards a more equal society’ but cautioned that the fight for racial equality isn’t over and there is still work ahead to achieve racial justice and equality.

“Since George’s death, so many other Black people have died at the hands of the police and we must ensure the momentum of today continues,” he stated

“The fight isn’t over, and there is more to be done, but we can consider today a glimmer of hope.”