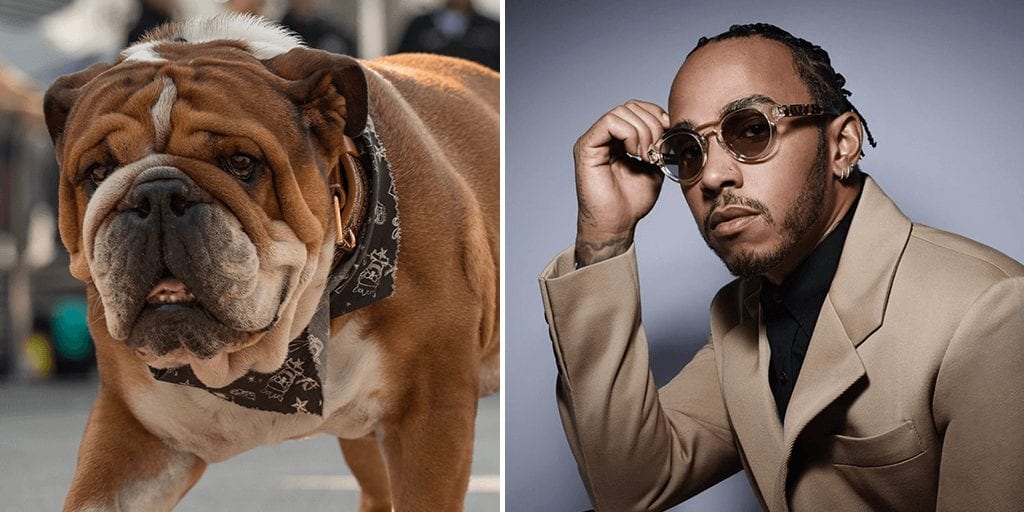 ‘Since he has gone vegan, his coat is much softer, his swollen paws have healed up, he is no longer limping with pain of arthritis and his breathing has opened up’

The formula one champion shared the news via Roscoe’s own Instagram page, which boasts more than 178,000 followers.

In a post, Hamilton wrote alongside a picture of his happy pup: “Hey guys, so Roscoe is now fully vegan.

“Since he has gone vegan, his coat is much softer, his swollen paws have healed up, he is no longer limping with pain of arthritis and his breathing has opened up.”

“Super happy with the results and he is too.”

Although a survey of 3,100 pet owners revealed one in five dogs and one in 20 cats are already fed a solely vegan or vegetarian diet by their owners, there is speculation on the safety and health benefits of feeding a pet homemade, raw, vegetarian and vegan diets.

The Daily Mail reported Dr Sarah Dodd, from the University of Guelph Ontario Veterinary College in Canada, stating: “These “unconventional” diets may help nurture the bond between pets and their owners, but they may also be storing up health problems for these animals.

“Avoidance of conventional pet foods in favour of home-made and raw food products may put the health of dogs and cats at risk.

“They could also) act as a potential reservoir of antibiotic resistant microbes which can be passed on to people.”

Dogs can thrive on a vegan diet

However, PETA reports that most pet foods contain the same hormones, pesticides, and antibiotics that are found in commercial meat products for humans.

Supermarket pet foods are often composed of ground-up parts of animals deemed unfit for human consumption by health officials. In addition, flesh of animals who fall into one of the categories of the four D’s—dead, dying, diseased, or disabled—is what often goes into pet food. Because of which many animals die of infections and other diseases.

On other hand, plenty of dogs have thrived on vegan diets, including Bramble- a border collie, who became the world’s fifth longest living dog at 29 years whilst consuming a plant-based diet of rice, lentils, and organic vegetables.

According to James Peden, author of Vegetarian Cats & Dogs, the nutritional needs of most dogs and cats can be met with a balanced vegan diet. He developed Vegepet™ supplements to add to vegetarian and vegan recipes in order to make up for any lack of nutrients.

Share this story with other people curious about plant-based diets for dogs.