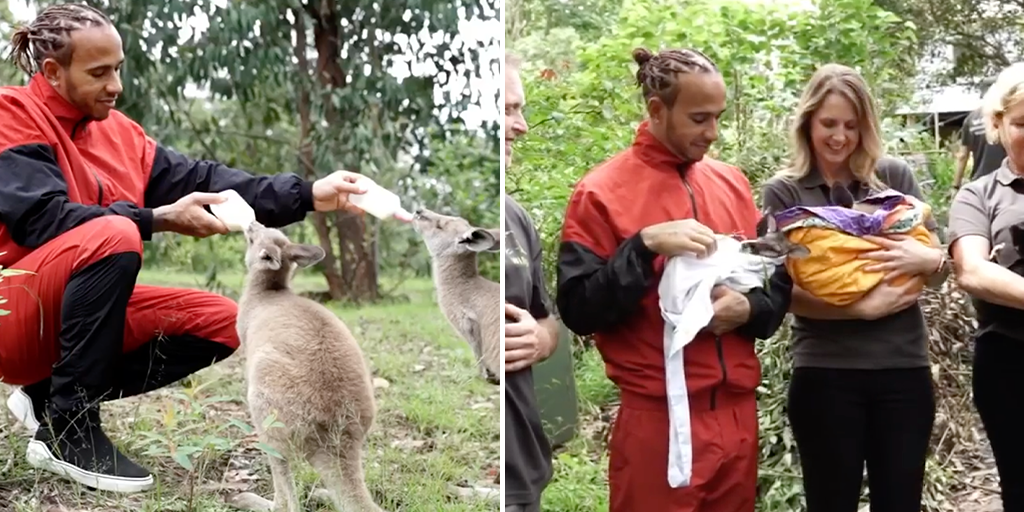 Six-time Formula 1 World Champion Lewis Hamilton has made a whopping donation of more than £380,000 to help the ones affected by the brutal bushfires in Australia.

Lewis Hamilton shared a couple of pictures and a video of his visit to those parts of Australia that have witnessed unprecedented damage by ravaging bushfires.

In a following Instagram post he wrote: “It was one of those days that really put things into perspective.

The 35-year-old F1 driver is a passionate animal welfare activist and has donated more than £380,000 to help organisations repair, rehabilitate and convalesce[u1]  humans and wildlife that have been displayed.

“Knowing over 1.5 billion animals perished during that time as well, it was really important for me to try and support some of the people out there who are trying to look after them and rescue the animals,” Hamilton told Mercury.

“I wanted to come out here and see it. It’s been a really amazing experience.”

In one uploaded picture, the 35-year-old sportsperson is feeding 2 joeys, and is cradling an injured rescued baby kangaroo in another shared video.

He wrote alongside the video: “Today, I had the incredible opportunity to visit NSW, Australia to see the admirable work @WIRESWildlifeRescue is doing to care, rehabilitate and preserve the country’s native wildlife following the recent, devastating fires.

“Over one billion animals were impacted by the fires and it’s going to take years for Australia to recover, so it’s thanks to non-profits like WIRES, an organization I supported during the fires, that we have the resources to help preserve this beautiful country and its amazing wildlife.

“Thank you @WIRESWildlifeRescue for this opportunity, and for all that you do.”

The months-long fires have unleashed catastrophic damage on Australia’s people, wildlife and the ecosystem.

Ecologists say 480 million animals have succumbed to the fires and over 33 humans have lost their lives since September.

More than 12 million acres (5 million hectares) of land equivalent to more than twice the size of Wales, and larger than Denmark have been destroyed by the bushfires.

Experts have described the impact of the bushfires as a ‘holocaust of destruction’.

“Places like Kangaroo Island, where much of the landscape has been burnt in a really homogenous and extreme manner, that may mean some of the plant and animal species … may have been eliminated completely.

“Certainly, their population liability would have crashed for many of these species and their risk of extinction has been substantially increased.”

Taking stock of the devastation, Hamilton expressed his concerns in another post, which read: It saddens me deeply to know that over 1 billion animals in Australia died a painful death, no way out, not their fault.

“My love of animals is no secret and I can’t help but grieve for the defenceless animals thought to have died so far, pushing certain species closer to extinction.

“I’m lucky enough to visit Australia often and I know first-hand how beautiful the country is.

“Keep fighting Australia. I’ve spent some time speaking to people in Australia who are working at the heart of this and I’m filled with admiration for everything they are doing.

“I implore you to join me in thinking about the impact we are having on our planet. Let’s work together to make small changes, and encourage our family and friends to do the same, so we can help shift the direction we’re going in.”

On the personal front, the F1 world champion follows a vegan diet and sold his private jet and some of his luxury cars last year to reduce his carbon footprint.

Switching to hybrids and electric vehicles as part of his lifestyle change, Hamilton said:

“Sustainability is very important to me.

“I’ve also put sustainability at the heart of other ventures I’m involved in.”

Share this story as a shout to Lewis Hamilton’s heartwarming gesture to help those affected by the Australian bushfires.