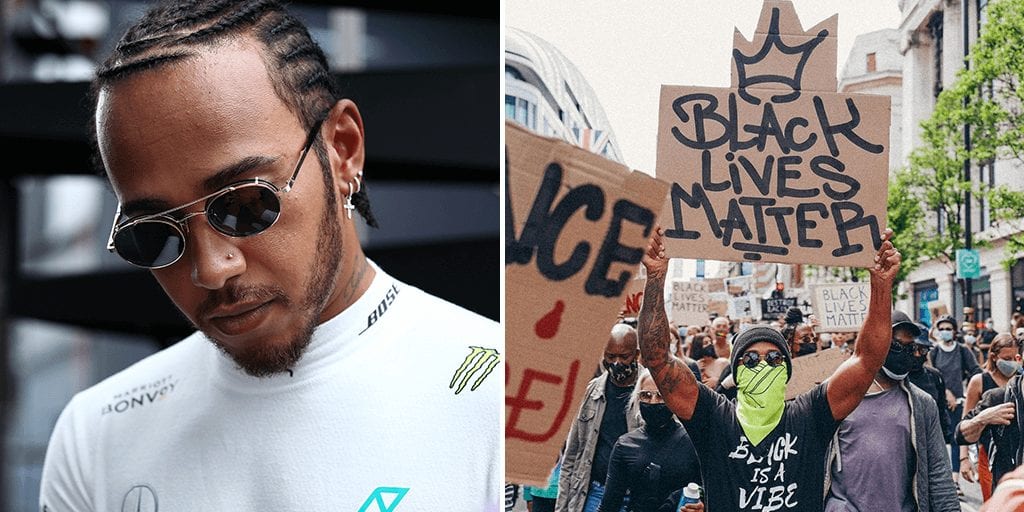 ‘I was so happy to see people of all ages, sporting Black Lives Matter signs and saying it just as passionately as I was’

Six-time Formula 1 world champion Lewis Hamilton continues to use his platform to raise awareness and support the Black Lives Matter movement sparked by the death of African-American George Floyd at the hands of a white police officer in the United States.

In a post to Instagram, Hamilton revealed he joined a Black Lives Matter protest in London and also shared images of him at the march holding a ‘Black Lives Matter’ banner, wearing a T-shirt that read: ‘Black is a vibe’ along with a yellow face covering.

“Went down to Hyde Park today for the peaceful protest and I was so proud to see in person so many people of all races and backgrounds supporting this movement,” Hamilton wrote alongside the images.

“I was proud to be out there acknowledging and supporting the Black Lives Matter movement, and my black heritage. I was so happy to see people of all ages, sporting Black Lives Matter signs and saying it just as passionately as I was.

“I was also happy to see so many white supporters out there today in the name of equality for all. It was really moving. I’m feeling extremely positive that change will come, but we cannot stop now. Keep pushing.”

Being the only black driver, Hamilton has also been campaigning against racial injustice and the lack of diversity within his own sport.

While calling out others from the F1 community for remaining silent, he announced plans to set up a commission which can make “real, tangible and measurable change” in racing.

“Despite my success in the sport, the institutional barriers that have kept F1 highly exclusive persist,” he told the Sunday Times.

“The time for platitudes and token gestures is over,” he added.