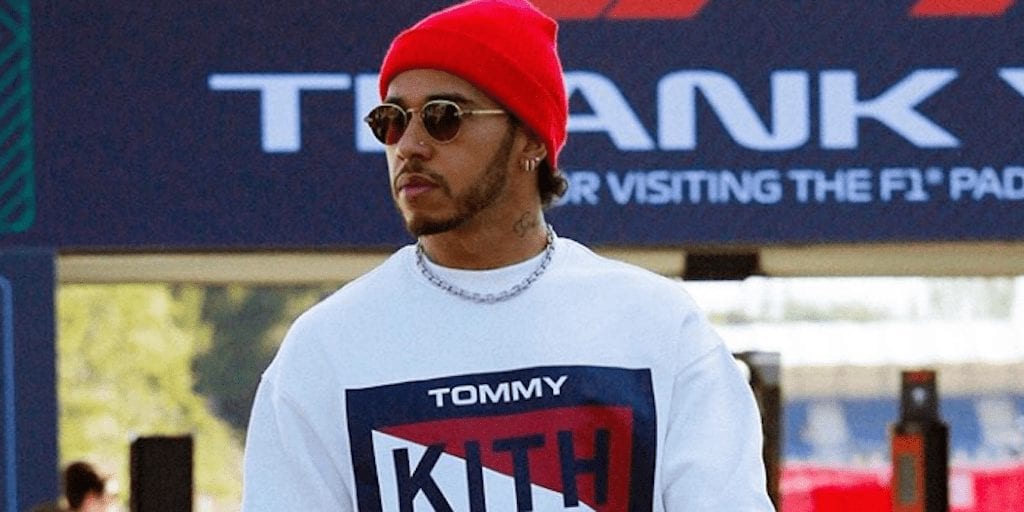 Vegan athlete Lewis Hamilton has teamed up with designer brand Tommy Hilfiger to bring out a range of vegan clothing.

Tommy Hilfiger says the range ‘captures the racing spirit’ and is made from cruelty-free, up-cycled and recycled vegan materials in line with Hamilton’s lifestyle.

“Lewis Hamilton brings his distinctive aesthetic to Tommy Hilfiger, creating a bold collection of streetwear with an urban edge,” the company said.

Read: Lewis Hamilton Gets Ripped On A Vegan Diet: “I’m Happier And Healthier Than I’ve Ever Been”

It also includes a pure cotton Oxford shirt which is ‘inspired by Lewis Hamilton’s dapper aesthetic, with a button-down collar and monogram embroidery’.

This cap is made from 100% cotton. “Jazz up casual looks with this vibrant Lewis Hamilton baseball cap, finished in a dégradé design with racing-inspired accents,” the company said.

Many of the products feature the racer’s signature logo for the brand, including this vegan hoodie.

The range has every base covered for the Hamilton super-fan, even featuring his name on a pair of vegan socks.

Hamilton is an outspoken animal rights activist, and regularly encourages his millions of fans to ditch animal products on social media.

Last year he posted an image of a dead mother pig and her piglets which had been dumped in a bin, beside the message: “This is the price of your bacon.”

And he was named as an ‘ally of animals’ in an award from PETA due to his outspoken vegan activism.

The racing driver recently revealed he’s bulked up since switching to a plant-based diet, and is feeling fitter than ever.

What do you think of Lewis Hamilton’s new vegan range? Tell us in the comments below!