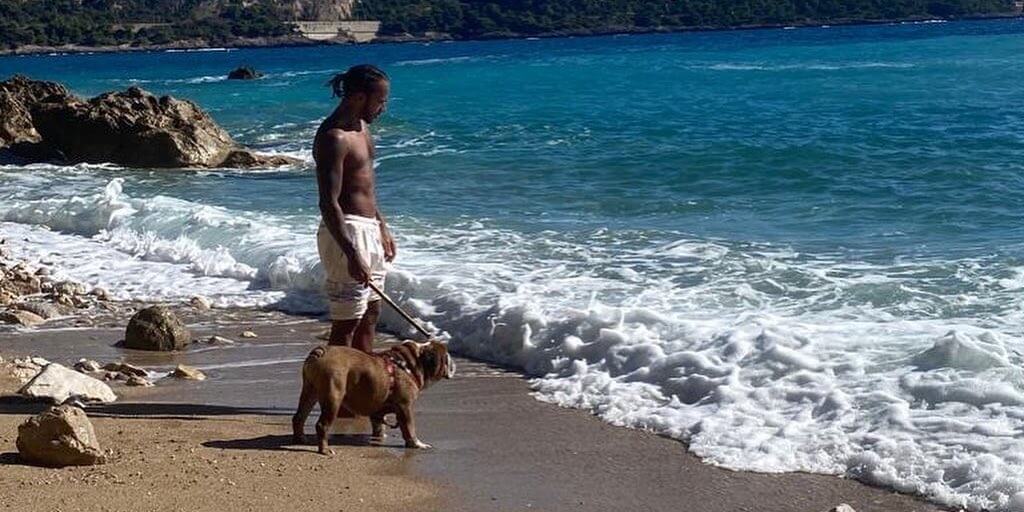 “He now doesn’t have any breathing issues, his throat is no longer restricted, and he doesn’t overheat like he did before and he loves to run. He also has no allergy issues. He’s like a puppy again!”

Lewis Hamilton has revealed his eight-year-old dog Roscoe, a bulldog, is “like a puppy again” after going vegan three months ago.

In a descriptive post on Instagram, Hamilton explained to his fans that Roscoe, who suffered from multiple health issues, often seen in such breeds due to years and years of inbreeding, has been reaping the benefits of his cleaner, plant-based regimen.

The Formula 1 champion explained: “This is Roscoe, I’ve had him for 8 years now.

“He loves to travel, he loves sticks, loves basketball and football. He ate normal dog food all of his life, as well as food with meat in it.

“His breathing has always been bad, which meant he was never able to walk very far and his joints would hurt. He also had skin allergies.

“3 months ago, I decided to transition him to a vegan diet. It has changed his life.

“He now doesn’t have any breathing issues, his throat is no longer restricted, and he doesn’t overheat like he did before and he loves to run. He also has no allergy issues. He’s like a puppy again!”

The 36-year-old star, who recently registered his 91st win to equal Michael Schumacher’s F1 record, said that he was happy to see Roscoe’s health improve, but still cautioned his followers to always consult a vet before making any changes to their pets’ diets “to ensure their nutritional needs are being met – which is the most important thing.”

According to PETA, dogs can be transitioned to a plant-based diet “with the right planning and care”.

The vegan animal rights charity states: “Dogs require two amino acids, L-carnitine and taurine, which are usually added to vegan dog foods or can be added as supplements.

“Many vegan…dogs enjoy excellent health. One remarkable example is that of Bramble, a 27-year-old border collie whose vegan diet of rice, lentils, and organic vegetables earned her consideration by the Guinness Book of World Records as the world’s oldest living dog in 2002.”