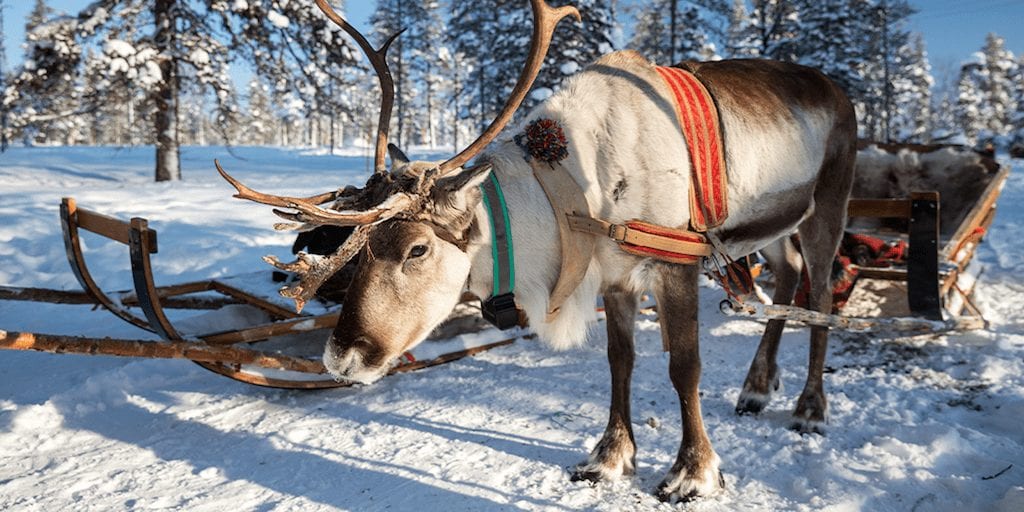 Animal rights groups are aiming to ban the use of live reindeer at Christmas grottos due to concerns for the wellbeing of the animals.

A campaign led by the RSPCA explains that reindeer feel anxious and stressed at Christmas grottos where they are kept in small pens.

The stress experienced by reindeer then leads to health problems such as misshapen antlers, low fertility and high calf mortality, the animal welfare group explained.

The RSPCA is calling for the Government to introduce a ban next year, meaning this year could be the last that reindeer feature at Christmas grottos.

The group estimates that 1,500 reindeer are used at attractions in the UK – often at shopping centres and Christmas markets.

Dr Ros Clubb, senior scientific manager at the RSPCA, said in a statement: “We understand that it must seem magical for people to see a reindeer at Christmas, but the reality is reindeer are not easy to keep well and need specialised care, they get stressed very easily and are very susceptible to many health and welfare problems.

“In the wild they are prey animals so they naturally hide their illnesses, and we’re concerned many owners may not realise their reindeer, which are attending stressful, busy festive events, are poorly or may not be able to spot the problems until it is too late.”

Director Elisa Allen added: “What could ruin the magic of the season more than seeing stressed animals confined to cramped pens, tied up, or harnessed and forced to pull people around on sleighs?

“Reindeer are intelligent, gentle animals who are meant to roam free over vast ranges – not be carted up and down the country as if they were mere props to be paraded about and gawked at under in busy shopping centres.”

Share this article to reveal the truth behind the use of live reindeer at Christmas grottos.