Lizzo tells her 8.8 million fans being vegan Is 'pretty easy', shares what she eats in a day | Totally Vegan Buzz
Skip to content

Lizzo tells her 8.8 million fans being vegan Is ‘pretty easy’, shares what she eats in a day 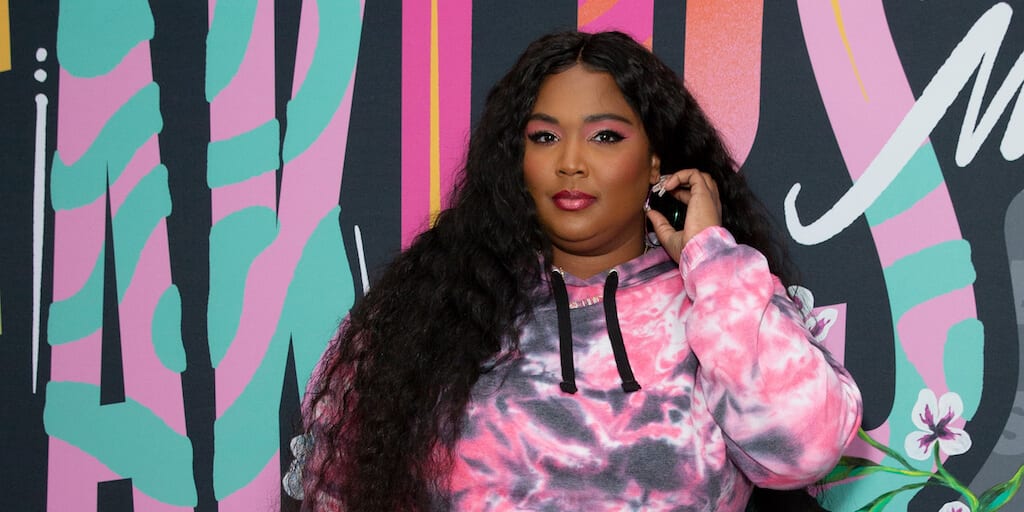 After revealing she has gone vegan in a recent video on TikTok, Lizzo is back sharing what she eats on a typical day like she hinted she would in her previous video.

“As a new vegan I’m enjoying exploring flavors from plants & plant-based proteins! Every journey is personal & deserves to be celebrated,” she captioned her latest video.

Speaking to her staggering 8.8 million fans on TikTok, she said: “So here’s what I eat in a day.

“Disclaimer: this is not every day, but this is a pretty average one.”

For breakfast, the celebrity singer often makes a smoothie with coconut water, kale or spinach and frozen fruit.

Next up she shared her favourite salad recipe that she quickly whips up with kale, red cabbage, some broccoli, a slice of avocado, some white onions, and some carrot.

She admitted to bingeing on hot Cheetos, but later switched to a vegan alternative after suffering from Acid reflux.

She continued that she swapped her Cheetos cravings with some grain free paleo puffs: “For a snack, I have this hummus from the farmer’s market and I used to eat a bunch of hot Cheetos but that was before my acid reflux so these are Cheeto alternatives that I love that’s vegan.”

For her next meal, she shared a mushroom ball recipe. “These are some mushroom balls, and I made a truffle chickpea mushroom ball thing with some quinoa and salad from earlier making a reappearance,” she added.

In the video, Lizzo shared she didn’t like diet colas but chose to have the “vegan diet cola left over from my parties I had and I needed some sparkles in my throat.”

Lastly, she shared her after dinner smoothie recipe.

“I made a peanut butter jelly smoothie by using some peanut butter, frozen strawberry, oats, oat milk and vanilla protein powder and ‘love from Jesus’,” she said.

Lizzo has been treating her fans with a slew of plant-based recipes over the past few months.

In another video over the weekend, Lizzo shared a recipe for a vegan breakfast scramble. “So being plant-based and vegan has been pretty easy, except for when I am hungover. I used to crave cheesy eggs,” the singer said.

“So here is my substitute for cravings when you’re hungover.”

She then proceeded to scramble together mung bean-based JUST Egg along with black beans, corn, vegan pepper jack cheese, spinach and seasoning.

She also prepared a side of plant-based bacon cooked crispy in maple syrup.

Share this story for some easy, delicious and creative vegan recipe inspiration.