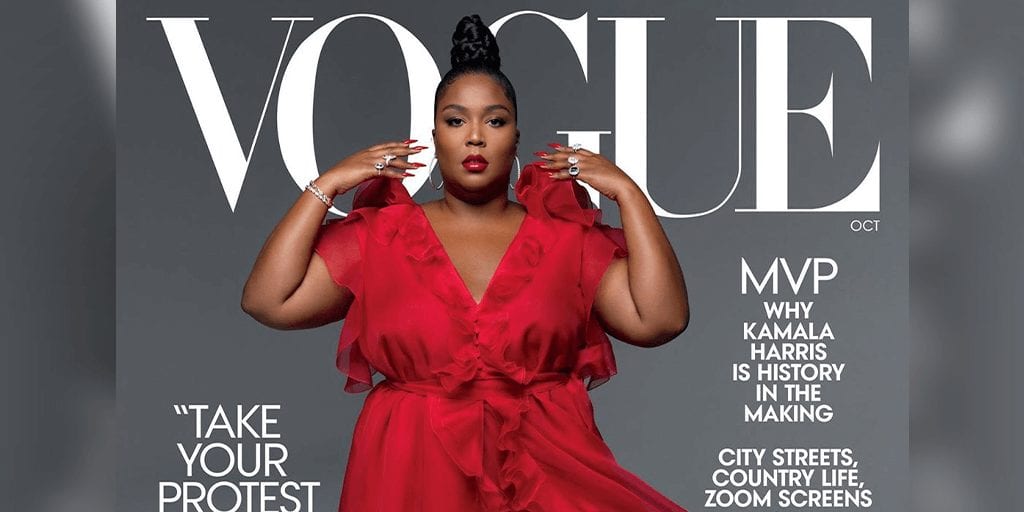 “To all my black girls, if someone like you hasn’t done it yet – BE THE FIRST,” says Lizzo.

This week, Vogue released fronts of its magazine’s October 2020 issue starring Lizzo on its cover. This feat makes Lizzo the first “big black woman” to feature on the cover of the coveted magazine.

Taking to Instagram to share the news with her 9.2milion followers, Lizzo, whose real name is Melissa Viviane Jefferson, wrote: “I am the first big black woman on the cover of @voguemagazine.

“The first black anything feels overdue. But our time has come.

“To all my black girls, if someone like you hasn’t done it yet — BE THE FIRST.”

I am the first big black woman on the cover of @voguemagazine. The first black anything feels overdue. But our time has come. To all my black girls, if someone like you hasn’t done it yet— BE THE FIRST. Shot by: @hypewilliams Story by: Claudia Rankine. Thank you Anna Wintour & @sergiokletnoy.

In the edition, she talks about ‘Hope, Justice, and the Election’ and gives her audience a glimpse of her life from her days as a kid growing up in Houston, to her learning the flute and her music career in Minneapolis, her weight and all her other experiences as a Black woman that have helped shape her into the Lizzo she is today.

At a time of unprecedented strife, struggle, and opportunity, Vogue meets up—at a distance—with Lizzo, the musical sage who wants us to get through this moment together: https://t.co/YNO6xkJuEN pic.twitter.com/ruRvYXzQx5

Apart from a blazing music career, for which she has also received 11 Billboard Music Awards Nominations this year, Lizzo is on point with her vegan game churning about delicious and tempting vegan dishes in a series of TikTok videos much to the delight of her millions of followers.

Her recipe videos are so popular that she is even toying with the idea of launching her own cooking show.

In one of her latest Instagram posts, she asked her fans: “Would y’all watch my cooking show?” before proceeding to make a jackfruit meat recipe in the accompanying video.