London butcher ditches meat and replaces it with plants 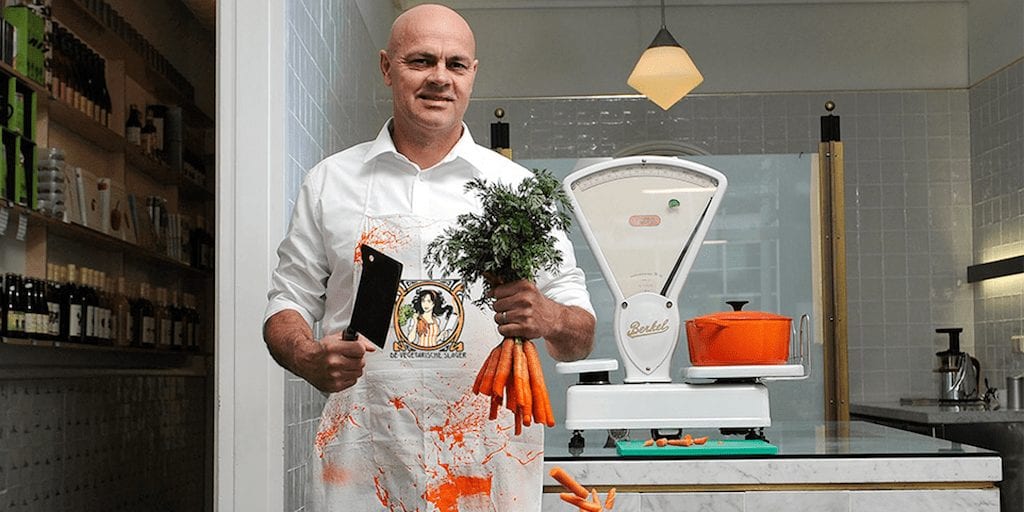 A former cattle farmer is taking over a butchers in London to show customers the best vegan meat on the market.

Jaap Korteweg, founder of The Vegetarian Butcher, will host the popup at butchers Hill & Szrok in East London’s Broadway Market on Monday September 30, and will serve only plant based meat.

The popup is a huge jump from the shop’s usual vibe, as it is famous for its ‘whole carcass’ meat offer.

The pop-up event is in line with Hill & Szrok’s recent commitment to become more sustainable.

The company’s website states: “We’ve decided that the typical model of a butcher’s shop doesn’t sit right with us.

“Meanwhile, intensive commercial farming methods are destroying the planet. We think our industry can do more for the environment and economy, but we need to change two things: the way we operate and our customers’ attitudes to eating meat.”

A 9th generation farmer, Jaap Korteweg became a vegetarian in 1998 after a swine fever breakout forced him to hoard animals, which he grew attached to and couldn’t bear to slaughter.

He founded The Vegetarian Butcher in 2010 after realizing that he couldn’t overcome his cravings for the taste and texture of meat, but still wanted to keep his diet meat-free.

Korteweg told The Sun: “Many people think they should eat less meat for a variety of reasons, but they feel like they simply can’t live without it. They love the taste, juiciness, and texture and feel that it’s the highlight of their meal.”

His products have been lauded by experts in the food industry, as Korteweg explains:  “Even Michelin-star chefs can’t tell our chicken chunks from actual chicken.”

The Vegetarian Butcher kick starts a nationwide tour with the pop up event at Hill & Szrok. The brand will visit London, Bristol, Birmingham and Manchester from mid-October to allow meat-lovers to sample plant-based options.

How successful will this pop up event be in spreading veganism? Share your thoughts in the comments section below!