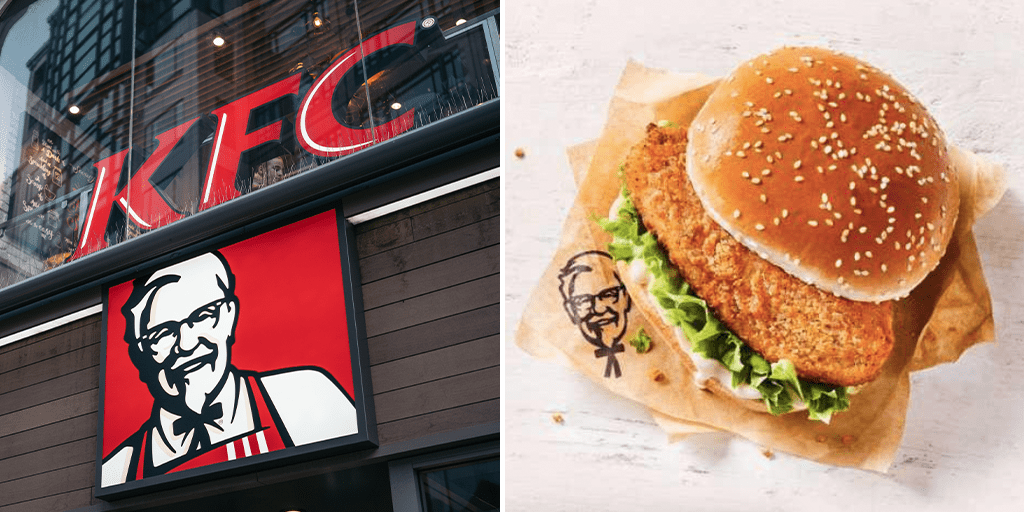 A vegan customer has recounted her traumatizing KFC experience when she complained over being served a chicken burger.

Vanessa Franco was in for a rude shock when she ordered the vegan Quorn fillet burger at the KFC outlet in Colliers Wood, London.

The recently turned vegan mum of one placed the order at the drive-thru.

Since she has been a vegetarian all her life, she realized something was amiss with the taste and texture of the burger after about 3 bites and headed back to confirm her doubts.

“I realised the texture tasted different,” she said in The Metro report.

“I drove back to KFC and asked them to confirm it was a vegan burger. That’s when the girl who served me told me it was a chicken fillet burger.

“She then called her colleague, who told me to come inside.

“She also said if I took bites out of it then why didn’t I notice it was a chicken burger.

“I explained I have been a vegetarian my whole life.”

She added that the staff insisted they carry out the conversation inside the restaurant despite her telling them she had a toddler sleeping in the back seat.

Once inside, the branch manager simply replaced her burger with the vegan order which she claimed wasn’t even adequately cooked.

To add insult to injury, Franco added that the manager instead of apologizing for the mix up laughed and said, “You should have known it was chicken.”

The episode has left the vegan mum “humiliated” and “traumatized”. She said: “I was speechless and can’t express how disgusting their customer service was.”

KFC later apologized to Franco for the ordeal she went through and said they were also following up with the Colliers Wood team “to remind them of the importance of getting this right”.

“This isn’t great and we’re really sorry for what happened here,” the KFC spokesperson said.

“Our vegan burger launched last month and we took its arrival seriously – putting strict new processes in place to make sure it’s served properly, including the use of separate coloured tongs and storage units.

“We’re following up with the team to remind them of the importance of getting this right and will be offering the guest a free meal on us to put things right.”

The spokesperson added that Franco would be offered “a free meal” as compensation and “ to put things right”.

There have been several instances when vegan customers have faced difficulties with their orders.

Elsewhere, Domino’s messed up with a vegan customer’s pizza order and served her vegan pie with chunks of meat peppered on it.

Share this story if you’ve ever faced backlash for asking for vegan options.