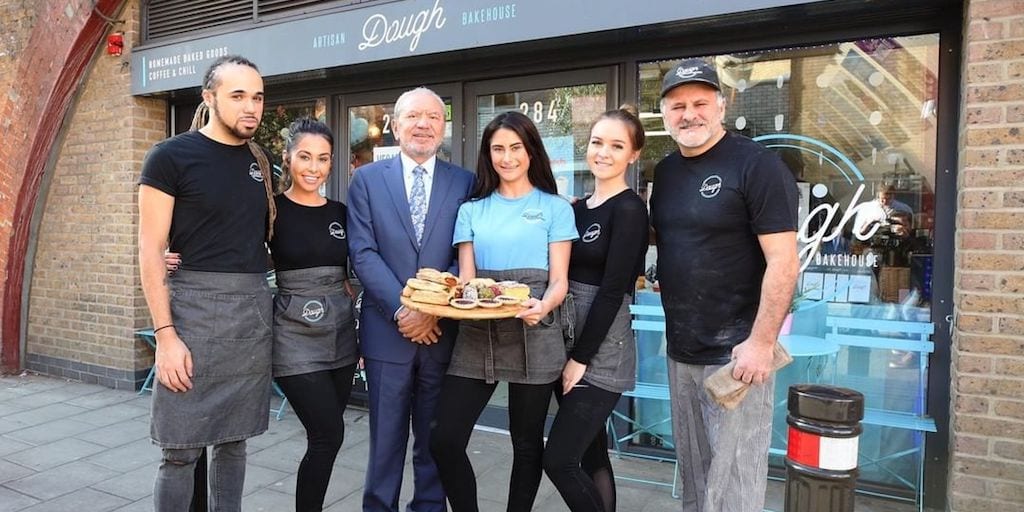 “The Apprentice” star Lord Sugar has partnered with 30-year-old bakery owner Carina Lepore to tap into the growing vegan market and rival Greggs with new innovative and tasty vegan dishes.

Lord Sugar invested £250,000 to back bakery owner Carina Lepore, the 2019 winner of The Apprentice.

Ms Lepore runs a family owned bakery – Dough Bakehouse in Herne Hill, South London, which she opened with her parents in 2018.

According to the 72-year-old veteran, the growing vegan trend is a strong business opportunity that he was keen to explore and chose to partner with Lepore because he has never owned shops earlier.

All the vegan products of the bakery will be made on site by Lepore’s father.

The new vegan dishes to debut at Dough House include a vegan sausage roll with sage and onion, vegan pasties filled with swede and potato, and a vegan banana cake, vegan chocolate brownie and vegan energy balls.

The Amstrad founder is also looking forward to rival Greggs, who has been sweeping the year with new vegan product launches.

Greggs launched its vegan steak bake to much fanfare in January, and followed it up with a vegan glazed ring donut and hot cross buns just in time for Easter.

Hopeful his new venture is going to match competition, the TV personality said: “She’s promised me that she’s going to open 100 stores and we’re going to give Greggs a run for their money.

“And what I can see so far, I think she’s got a good chance. They’re doing excellent stuff, and the food quality, the cakes and the patisseries are excellent.”

‘Veganism is one of the big trends’

Leopore, 30, is also extremely confident in expanding her business across the nation. She said the company was lining up more openings in 2020 with a second Dough site set to open in Beckenham in April.

She said: “There is definitely space in the market to grow. With veganism, that is one of the big trends, and for us, it is just key that we are always ahead of the curve.

“We pride ourselves on being across on the latest food trends, so we are really excited to bring our new vegan range to our customers.”

“Carina and I are delighted Dough Bakehouse continues to go from strength to strength. We’re really looking forward to opening new premises in the near future […] especially with the constant evolution of new products, such as the great tasting new vegan range,” added Sugar.

Although Sugar visited the bakery to taste the new vegan delicacies, he admitted, he had no plans to go vegan yet.

“No, I’m certainly not going vegan. I’m happy with my diet but I don’t have a lot of meat,” he said in a report by Birmingham Live.

“I’m very impressed with the new vegan range, because obviously this vegan stuff is becoming more and more popular as time goes by, especially with young people. “

There is no doubt that veganism has soared in popularity in the last few years.

A Mintel report analyzing food trends highlighted that vegan food sales soared 40% to an estimated £816m in 2019 and last year, nearly a quarter of all new UK food products launched were labelled vegan.

According to analysts, nearly two-thirds of Britons chose to eat meat substitutes last year and the trend has been increasing since the past two years going from 50% in 2017 to 65% in 2019.

Share this news to let others know about new vegan product launches.