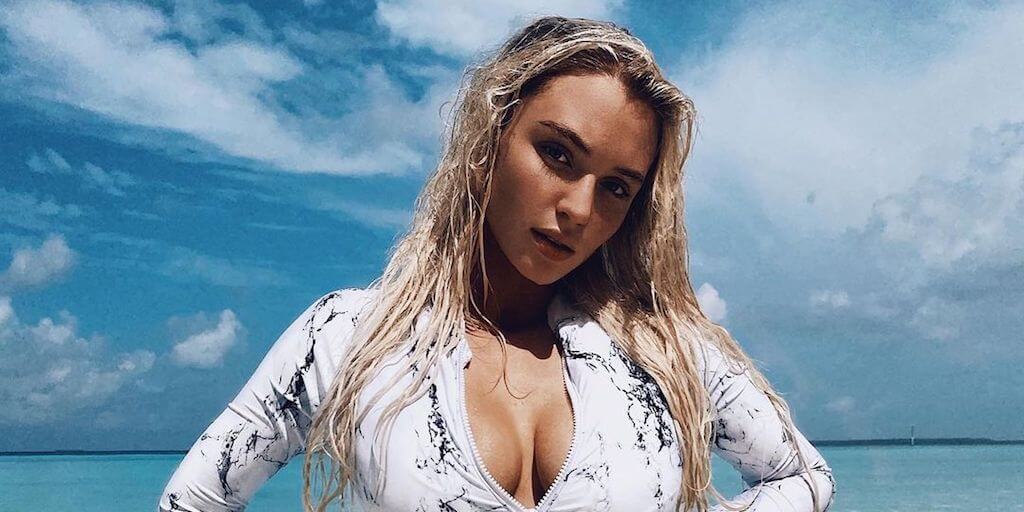 “I’ve been lucky enough to see these animals in their natural habitat – where they belong – and it’s a far cry from the miserable lives they lead in marine parks.”

The 23-year-old has joined a PETA campaign to stand up for th e animals languishing in tanks at SeaWorld, which imprisons far-ranging marine mammals in cramped tanks when they should be swimming free.

“I love the open ocean and the animals who live in it,” Donlan said.

“That’s why I’m teaming up with PETA to speak up for orcas and other dolphins who are suffering in captivity.”

The controversial theme park has repeatedly come under fire for its poor treatment of marine animals – particularly killer whales and dolphins.

A 2013 documentary, Blackfish, exposed the plights of these exotic marine animals that are forcibly captured to perform in marine amusement parks.

The groundbreaking documentary exhibiting the story of Tilikum, a captive orca at SeaWorld, attempted to bring to light how captivity and breeding in isolation is emotionally, physically and psychologically distressing for marine animals. The film haunts SeaWorld till today.

“But at SeaWorld’s parks, 140 dolphins are squeezed into just seven small tanks, in which they can’t escape attacks from other frustrated, aggressive dolphins.”

Donlan added: “While surfing, I’ve been lucky enough to see these animals in their natural habitat – where they belong – and it’s a far cry from the miserable lives they lead in marine parks, where they’re confined to cramped concrete tanks, deprived of everything that’s natural and important to them.

“I urge everyone to join me in steering clear of marine abusement parks like SeaWorld.”

Share this story to support PETA’s campaign in boycotting SeaWorld.