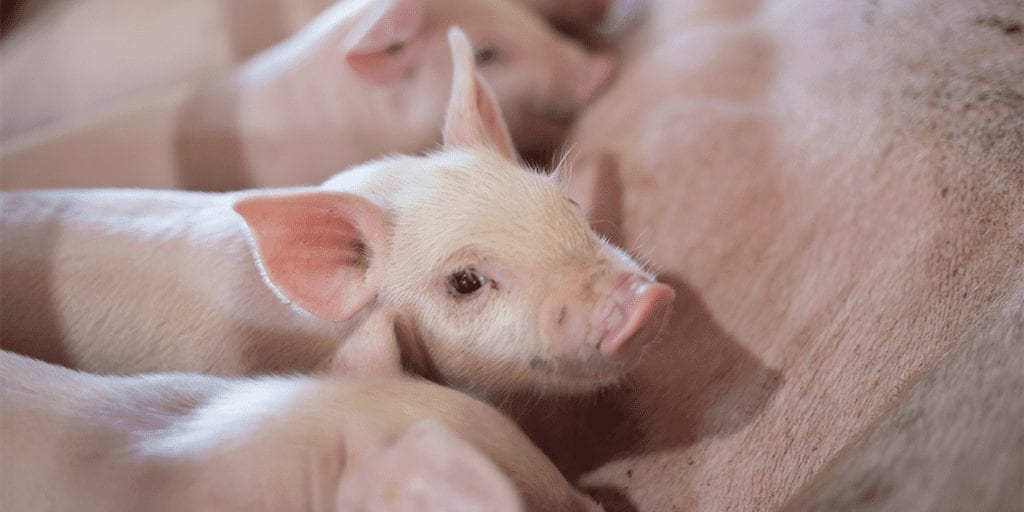 Male piglets are the first nonhuman animals to file a case in court against the German government.

The case brought by PETA on behalf of the male piglets claims they are not being treated fairly by law.

In Germany the law states that no animal should be harmed without reasonable explanation. PETA estimates that each year in Germany 20 million male piglets are castrated within the first few days of their lives.

The animal rights group say these two facts ‘blatantly contradict each other’.

“The castration of piglets—with or without anesthesia—is in clear violation of this [law], giving Germany’s male piglets only one option: to sue for the enforcement of their rights in court,” PETA said.

The complaint was filed with Germany’s Federal Constitutional Court by PETA Germany and Dr. iur. Cornelia Ziehm, a lawyer, on behalf of the piglets.

PETA Germany and Dr. iur. Ziehm are acting only as the piglets’ representatives—the piglets themselves are the legal plaintiffs.

Following the announcement of the case, PETA explained the horrific process piglets go through during castration.

“During castration, the skin covering the piglets’ scrotum is cut open, typically without anesthesia,” the group said in a statement.

“The testicles are then squeezed out and the spermatic cords (vas deferens) are either severed or simply torn off.

The filing’s objective is for the complaint is to be explicitly recognized in court, which would pave the way for granting nonhuman animals other fundamental rights in the future.

This is the first time a case such as this has been brought in Germany, but it has happened in other countries.

A federal court was asked to declare that five wild-caught orcas (Tilikum, Katina, Kasatka, Corky, and Ulises) forced to perform at SeaWorld were being held as slaves in violation of the 13th Amendment to the U.S. Constitution.

The filing—the first ever seeking to apply the 13th Amendment to nonhuman animals—named the five orcas as plaintiffs.

What do you think of Germany’s animal rights records for male piglets? Share your thoughts in the comments section below!