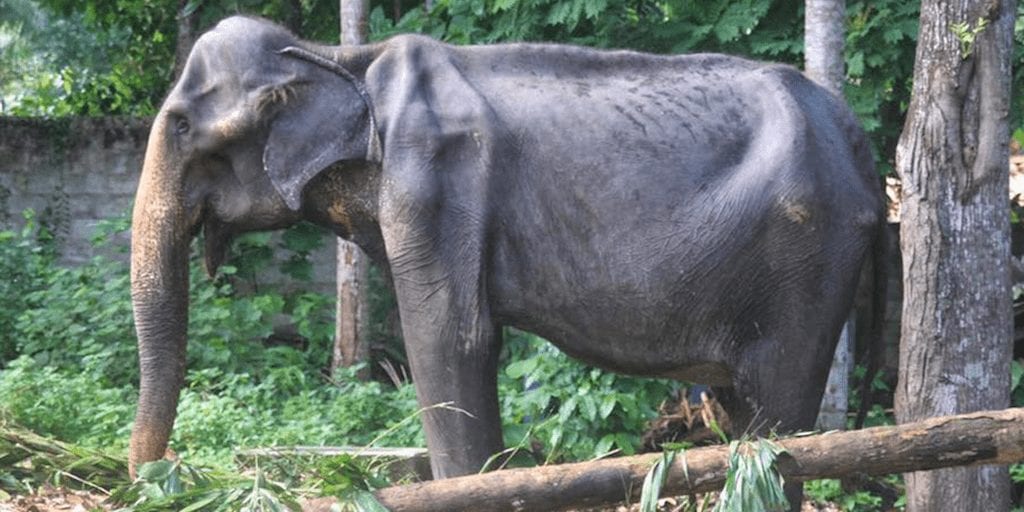 A 70-year-old elephant, who sparked outrage when images of her horrific malnourished state surfaced earlier this year, has died in Sri Lanka.

Tikiri was forced to march at the Perahera festival in Kandy every year despite her poor health – which came into the spotlight in August when an animal rights charity shared photos of the elephant.

The Save Elephant Foundation (SEF) posted the images demanding she was no longer used for performances, and the Sri Lankan tourist minister announced she would no longer be exploited.

She is believed to have been returned to her keeper, but the founder of the SEF, Lek Chailert, revealed on Instagram that Tikiri had died.

“There is both sorrow and relief here. To think of her brings such pain to my heart,” she wrote.

“What we wished for Tikiri, even a few days of freedom with love and care, we will demand for others.

“Tikiri’s suffering has ended, her soul is now free. No more harm can come to her. Never look back to this world so cruel toward you and your friends.”

The SEF claimed in August this year that mistreatment had caused Tikiri’s shocking appearance, sharing an image of ribs clearly showing through her skin.

But a spokesperson for the festival said she had a ‘digestive ailment’ that prevented her from putting on weight. The Sacred Tooth Relic said this didn’t affect her strength or physical capabilities. These claims were rejected by the SEF.

When she was removed from performance, hopes were high that Tikiri may recover weight. But earlier this month the SEF said her condition ‘remains largely the same’.

What can be done to prevent animals’ health deteriorating in this way? Share your thoughts in the comments section below!