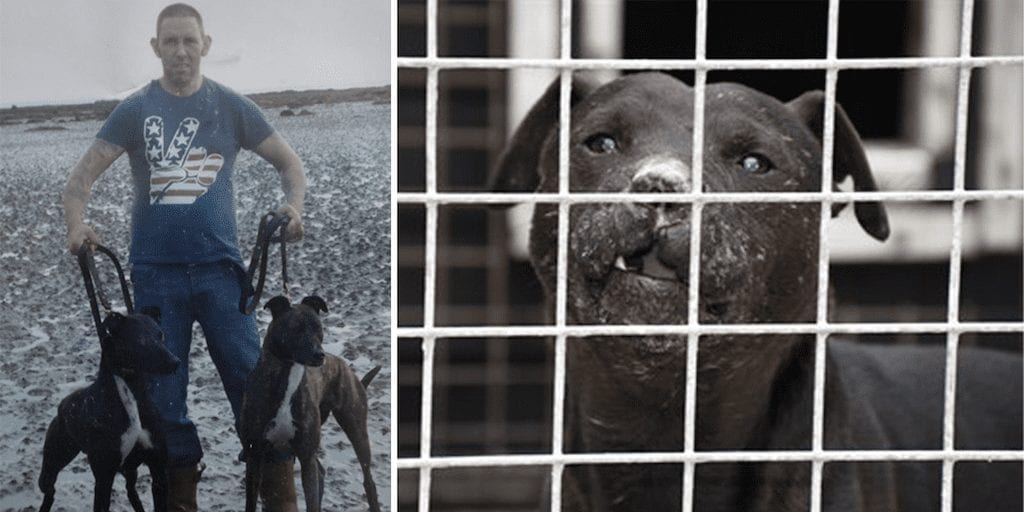 A man has been jailed after he bought cats online and used them as live bait for fighting dogs.

Mark Cuthbert used Gumtree to buy cats from unsuspecting owners and took them to his home in South Ayrshire, UK.

But rather than keeping them as pets is a safe home as promised, he used them to train fighting dogs, and animals were found to have been killed at his house in Ayr.

He was sentenced to ten months in prison after inspectors also found dog fighting equipment such as tracking collars, nets and animal traps at his home.

The 42-year old was sentenced at Ayr Sheriff Court after pleading guilty to keeping three dogs, cats and a rat for animal fighting, and procuring cats for fights, the BBC reported.

Inspectors visited his home with a warrant and found two adult dogs and one puppy. Vets discovered the older dogs has injuries which indicated they had likely fought a badger.

One of the dogs was so aggressive the decision was taken to put him down, but the other two animals were rehomed.

Videos on Cuthbert’s phone showed his dogs killing domestic cats in a rat trap, and investigators said it one of the most upsetting cases they had ever encountered.

A video showed one cat fighting the dogs in a field.

“It’s clear the cat was caused horrendous suffering and many of the cats he purchased will have suffered long, torturous deaths,” the investigator said.

“Cuthbert had been picking up the cats for his dogs to attack from the online selling site, Gumtree.

“After contacting Gumtree, we found correspondence between Cuthbert and people who had listed their cats on the site which led us to believe large numbers of cats were uplifted from pet owners who trusted their cats were going to a good, safe home.

“If you are using an online service to find a new home for, or sell, your pet, please be vigilant and ensure your pet is going to a safe environment.

” If you are suspicious, do not continue with the sale and notify the Scottish SPCA as soon as possible.”

Is 10 months in prison an appropriate sentence for dog fighting offences? Share your thoughts in the comments section below.