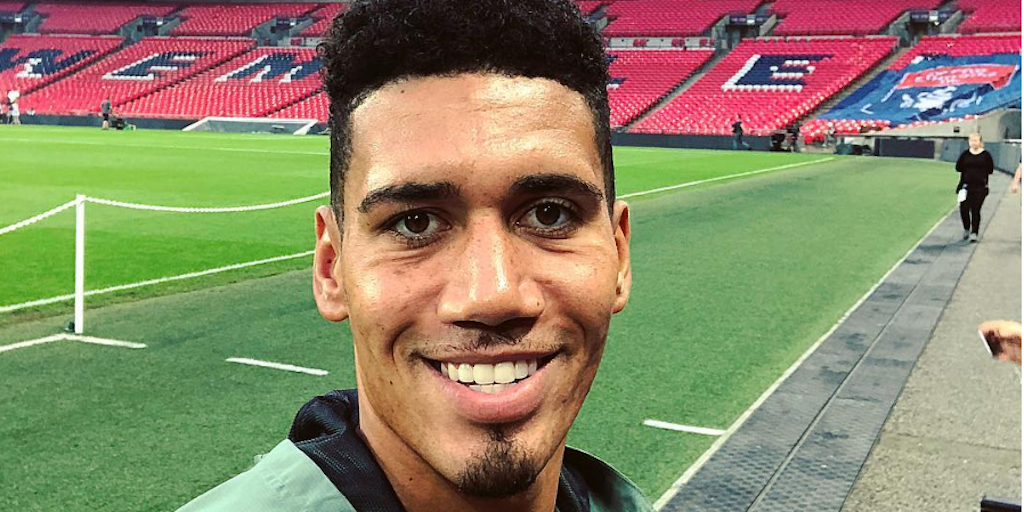 Manchester United footballers have been lured into embracing a plant-based diet thanks to vegan star Chris Smalling.

The defender turned vegan thanks to his wife Sam, and has reported feeling fitter and stronger than ever since making the switch.

Model Sam had shown Chris the ropes to aid his switch to veganism, and she passed on some of her vegan recipes to the catering team at Manchester United.

After noticing Smalling’s improved fitness and impressive form this season, not to mention the delicious vegan food on offer, other players have asked nutrition boss Mark Ellison and chef Mike Donnelly to include more plant-based food on the post-training menu.

Chris told the The Star: “My wife’s now been vegan for about four years now.

“I was trying some of her food for dinners and I started to notice the odd benefit.

“She’s a good cook anyway which helps, and I went from there if anything, I’m eating better than I was before – not just in terms of vegetable but different proteins.

“Even if you wanted a burger, there are so many different types, I like the Thai food, Jamaican stews with yam and pumpkin and sweet potato.

“Being in football you’re quite used to eating together off the buffet, so I spoke to mark and Mike the chef.

“I was just coming up with different dishes as Mike hadn’t cooked much vegan food.

“He got influenced by my wife, her recipes, and it became easy actually.”

Chris also stars in a new PETA campaign that proclaims, “Be Their Biggest Defender. Try Vegan!”

In an accompanying video, the footballer discussed what led him to embrace vegan eating.

“I realised how brutal [animal agriculture] is to animals, how unnecessary it is to us, and how damaging it is to the environment,” he said.

He also spoke about some of the health benefits he has experienced since cutting meat, eggs, and dairy out of his diet.

He continued: “I had a lot of tendinitis in my knee, and then once I went fully vegan, all those symptoms just dropped away.”

PETA pointed out that going vegan would give football fans the opportunity to enjoy many more matches, as cutting out meat, eggs, and dairy lowers our risk of suffering from heart disease, diabetes, cancer, obesity, and numerous other life-shortening health concerns.

Each person who goes vegan also dramatically reduces his or her carbon footprint and spares the suffering and death of nearly 200 animals every year in today’s meat, egg, and dairy industries. PETA’s free vegan starter kit is available here.

Smalling previously appeared in a PETA campaign warning people of the dangers of leaving their animal companions in hot cars.

What do you think of Chris Smalling’s influence of the Manchester United team? Tell us in the comments section below!