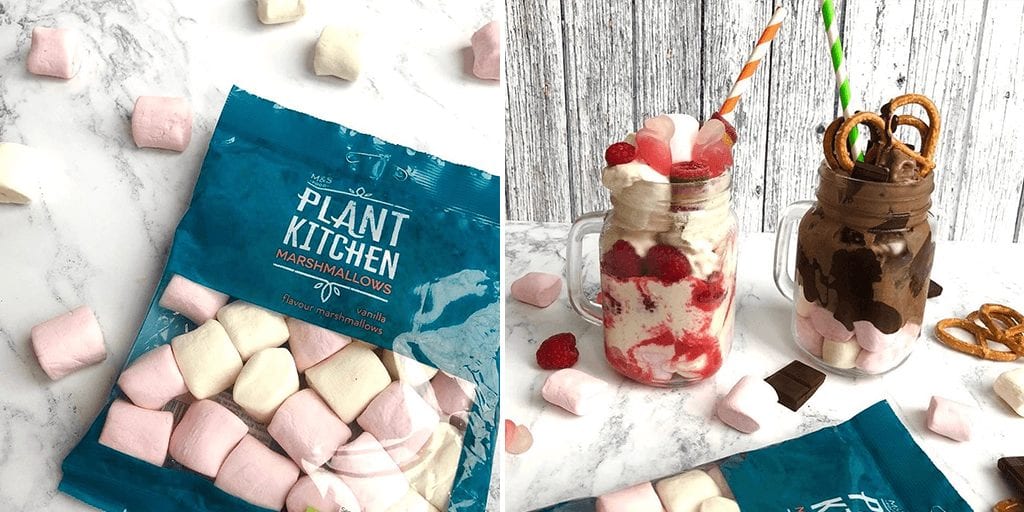 M&S’ popular Plant Kitchen range, which already boasts of more than 50 dishes including everything from pizzas to puddings in vegan-friendly recipes has now added vegan marshmallows to its list.

According to the M&S product developer Katy Patino, perfecting the vegan recipe took over a year to ensure the marshmallows “had that wonderful balance of a soft and squishy texture with a delicious sweet vanilla flavour”

VERY IMPORTANT MARSHMALLOW NEWS! We have just launched vegan-friendly soft and squishy marshmallows into our Plant Kitchen range. Creating the perfect vegan-friendly marshmallows was no mean feat, M&S product developer Katy Patino took over a year to perfect the quality and taste of the marshmallow, making sure it had that wonderful balance of a soft and squishy texture with a delicious sweet vanilla flavour – it’s safe to say she achieved it! We recommend serving on EPIC freakshakes (swipe across) or perhaps melting with a vegan-friendly biscuit and our Made Without Dairy Chocolate for meltingly good s’mores! ?? • • • #thisisnotjust #mymarksfave #plantkitchen #vegan

Vegan Instagram account Vegan Food UK conducted a squeeze test, which by the looks of it, the vegan mallows passed with flying colours.

“Yes I got some today and the best thing is they are quite filling so you don’t even stuff the whole packet,” wrote one Insta user.

“These are soooo good. I may have eaten the whole bag,” added another.

“These are amazing. May or May not have eaten 2 bags,” commented a third.

Commenting on the new product, Patino said: “The key to the Marshmallows was making sure they are suitable for vegans with absolutely no compromise on texture of flavour.

“We made sure each pack is full of the best soft and squishy marshmallows that give you a warm and fuzzy feeling inside when you pop them into your mouth – we can’t wait to hear what customers think about them!”

The vanilla flavoured mallows cost £1.50 for a 150g bag, and are available across stores nationwide.

Share this story to let others know about the new vegan marshmallows from Marks and Spencer.