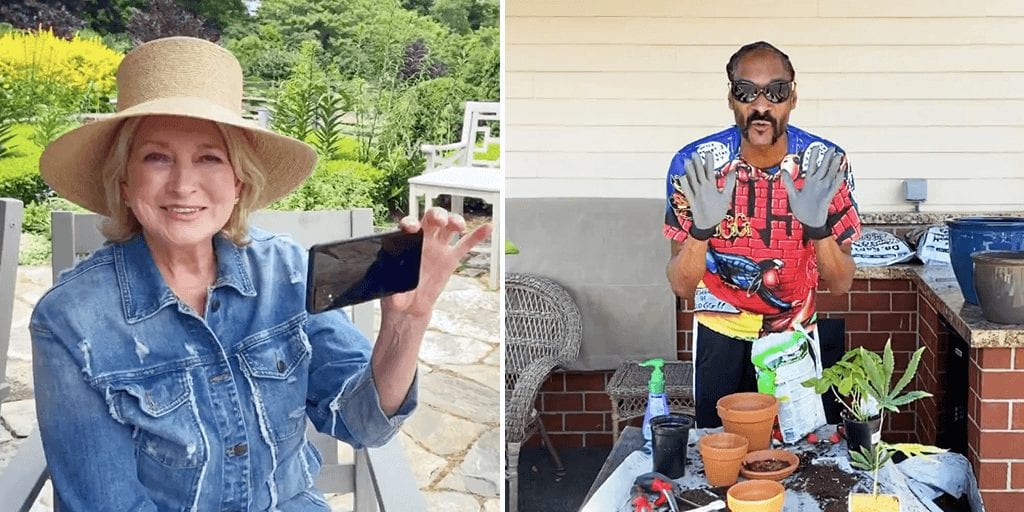 ‘For most of us, summer is the time to flex our green thumbs and sharpen our do-it-yourself skills’

In the first episode premiering on Friday, July 31st, Stewart and Dogg will “explore the world of container gardens” and the 78-year-old will school Dogg in herb gardening.

“You can teach me how to grow my own herb,” Dogg is heard saying in the teaser.

The two have been friends ever since the American rapper appeared on Stewart’s talk show in 2008, followed by 2016’s VH1 show Martha and Snoop’s Potluck Dinner Party.

In other episodes, viewers will see Stewart tackling various outdoor projects with other celebrity guests.

“It was so much fun to shoot episodes of ‘Martha Knows Best’ at my home and with some great friends and guests,” Stewart said.

“I hope people will feel inspired to go outside and try some gardening projects of their own this summer.”

Commenting on the new show, president of HGTV Jane Latman said: “In ‘Martha Knows Best,’ the incomparable Martha Stewart will give us a glimpse into life on her farm and show us the outdoor projects she’s worked on during the last few months.

“For most of us, summer is the time to flex our green thumbs and sharpen our do-it-yourself skills, so if you want great ideas that inspire you to get outside and get your hands dirty, this is the show for you.”

While Snoop does not follow a complete vegan lifestyle, he is often seen promoting plant-based foods and has even sneaked it into his family’s diet.

Apart from becoming an investor in Beyond Meat, he also invested in plant-based snack company- Outstanding Foods that released vegan pork rinds earlier this year. Snoop found the munchies a ‘great snack’.

Stewart is also pro-plant- based and often shares vegan-friendly recipes on her website. She is known to grow her own spinach, parsley and cucumbers and drinking healthy green juice is part of her morning ritual.

Share this story: Martha Stewart to school Snoop Dogg on how to grow his own plant-based food.