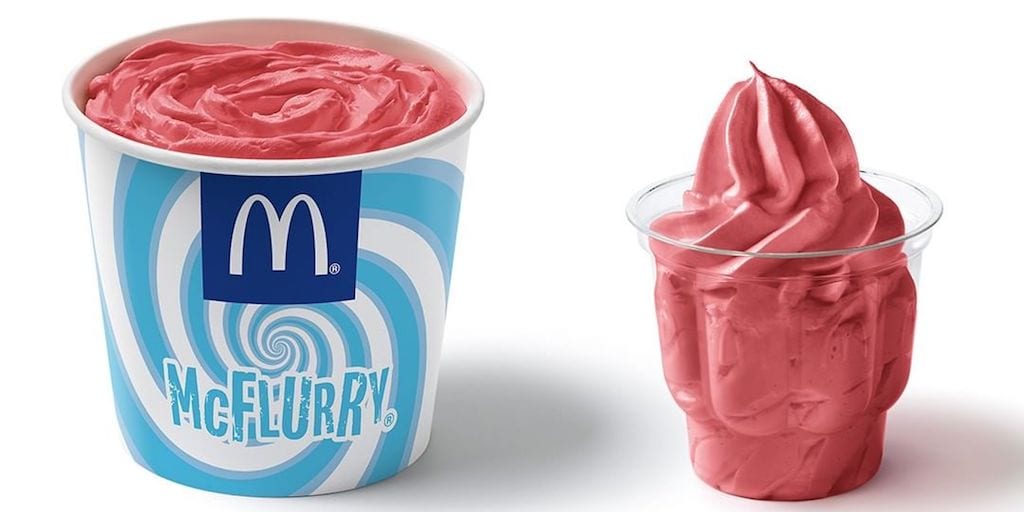 McDonald’s Germany has launched a vegan strawberry McFlurry to cater to the growing demands for vegan dessert.

International fast-food giant McDonald’s recently introduced a vegan version of its Mc Flurry to its German locations, according to Peta Zwei.

The group announced on Instagram that the fast food giant was testing its new Mc Flurry made from strawberry sorbet and topped with Oreo pieces.

While the vegan option can be currently ordered in select stores using the app, the brand aims to make it available everywhere by the end of March.

Thomas O’Neill, Head of Food Marketing at McDonald’s UK & Ireland said at the time: “In the last 12 months we’ve seen an 80 percent uplift in customers ordering vegetarian options at McDonald’s, so it is time for the brand famous for the dippable McNugget to launch a dippable option for our vegetarian, vegan and flexitarian customers.”

Around the same time, Mc Donald’s Canada reported that it was about to roll out its “P.L.T.” burger to a total of 52 locations and extend its vegan burgers made by Beyond Meat trial for another three months.

The vegan market is booming and several restaurants and chains have expanded their plant-based ranges.

In an interview with LBC last August,  CEO Roger Whiteside said: “ (We’re) seeing if we can come up with a vegan version of all our top-selling lines. Obviously people want a vegan option.

“If we can succeed in doing that and produce something that tastes just as good as the meat version, then that will sell very successfully. That’s what’s been shown with the vegan sausage roll.”

Share this story if you want McDonald’s to add more vegan options to its menu.