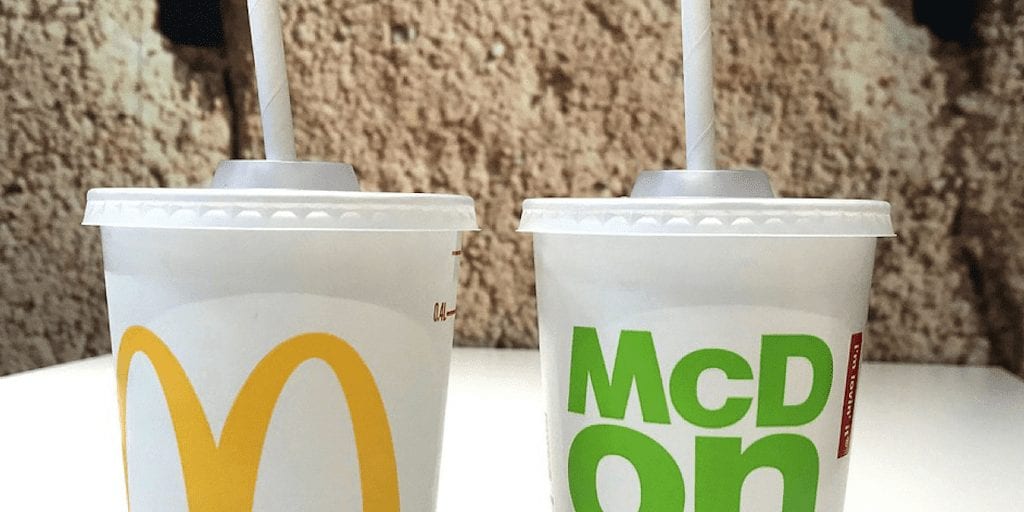 When McDonald’s introduced new paper straws to replace the plastic versions, the company claimed the move was to reduce its environmental impact. But now a leaked memo has revealed the new paper straws are not recyclable at all and staff are simply being told to throw them in the bin.

The classic plastic straws were 100% recyclable but McDonald’s said the new versions would be beneficial to the environment.

But The Sun has seen a leaked memo from within the company which suggests otherwise.

“Paper straws are not yet recyclable and should be disposed of in general waste until further notice,” the memo explains.

The newspaper quoted a company insider as saying: “When McDonald’s introduced paper straws it was getting pats on the back for being environmentally responsible. But it seems like it was a stunt to appease green campaigners because the things go straight in the rubbish. It’s ridiculously stupid.”

The new paper straws have caused controversy since they were introduced in all McDonald’s stores.

Customers complained they were falling apart before they were able to finish their drinks, and a petition demanding the company brought back the plastic version was signed by 50,000 dissatisfied customers.

McDonald’s explained the memo: “We strengthened our paper straws so, while the materials are recyclable, their thickness makes it difficult for them to be processed by our waste solution providers.

“We’re working with them to find a solution so putting paper straws in general waste is therefore temporary.”

Friends of the Earth’s Julian Kirby argued the best solution is to ditch straws altogether, saying: “Lips have been a waste-free alternative for millions of years.”

What do you think of McDonald’s’ environmental record? Share your thoughts in the comments below!